Just wanted to put together some documentation for our current issue. We have taken pictures as well as filmed the entire installation so if there’s anything more you’d like to see please advise. I’ve compiled the info here, on my website, as it’s much easier to edit / format / update than an email. Click on any picture to see the full sized version.
As we mentioned, the block came cracked. Looked back at delivery pictures the crack is visible several instances: 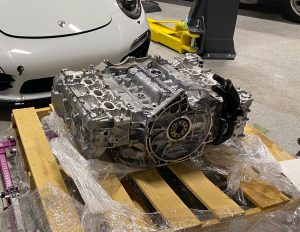 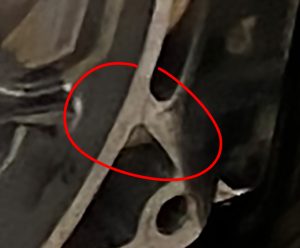 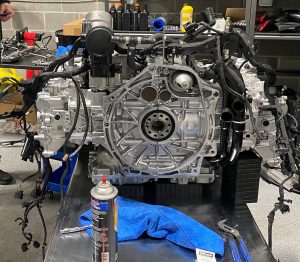 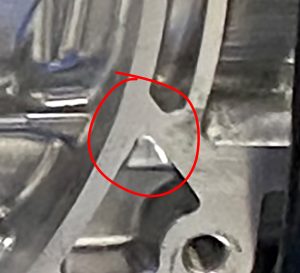 After installing the engine we noticed a small coolant leak (pictures available if needed). About two days was spent hunting down the leak ultimately necessitating the removal of the transmission. The leak was coming from a crack in the case: 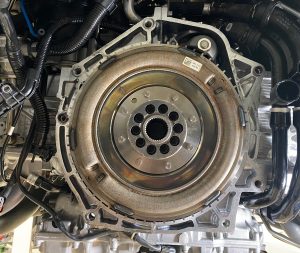 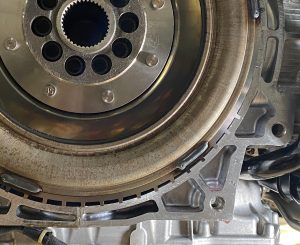 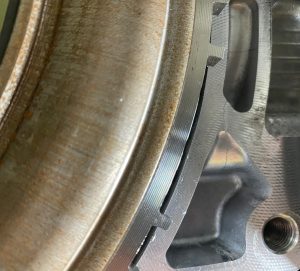 The Flywheel was removed to we could get a better look at the crack. 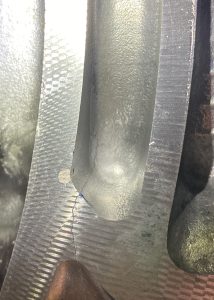 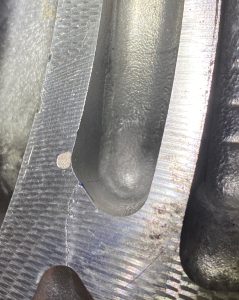 Initially it wasn’t clear how large the crack was and it was proposed that we groove it out and apply some JB weld. However, in an effort to make the block as robust as possible we agreed that welding would be more effective. We marked the crack as best we could and cut in a small groove. 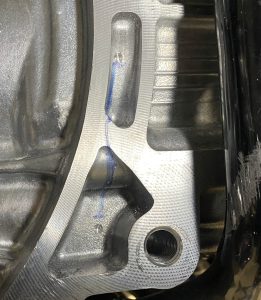 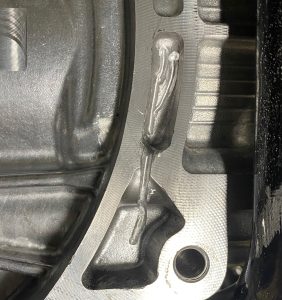 We hired local weld pro Mike Monteith who made time for us this past Saturday (he had a case piece scanned to get the correct welding materials and did a sample weld to ensure viability). He spent a long time assessing the weld and decided we needed to widen the gap for maximum effectiveness. The welding was complicated by coolant which, despite our best efforts to remove, periodically seeped out the crack. 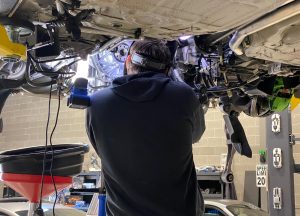 In the course of welding it became apparent that the crack Y-ed off and had splinters running perpendicular to the original crack and even one that extended over the adjacent ridge. 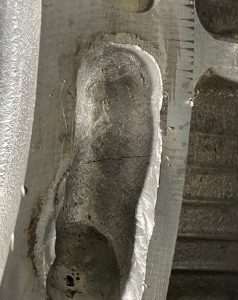 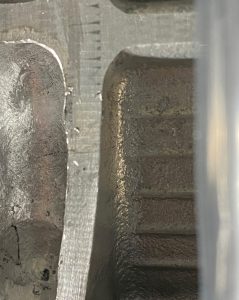 We pushed on and eventually got the bottom portion of the casing sealed up: 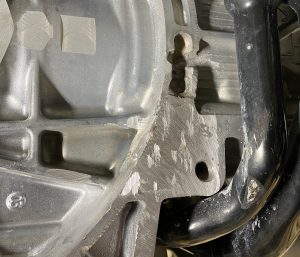 Sadly, the more Mike welded the most cracks he found. Additional hairline cracks become exposed as the block experienced heat- many of the cracks Mike was able to chase with the torch but in the end there were just too many to weld and one appeared to head toward a deck. All in all about 10 hours was spent welding. 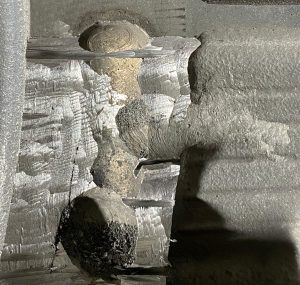 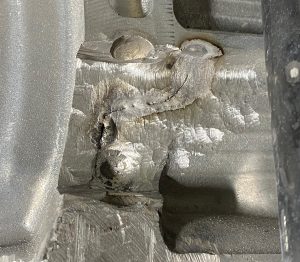 At this point it’s impossible to continue chasing cracks as they appear to spider out in numerous directions. 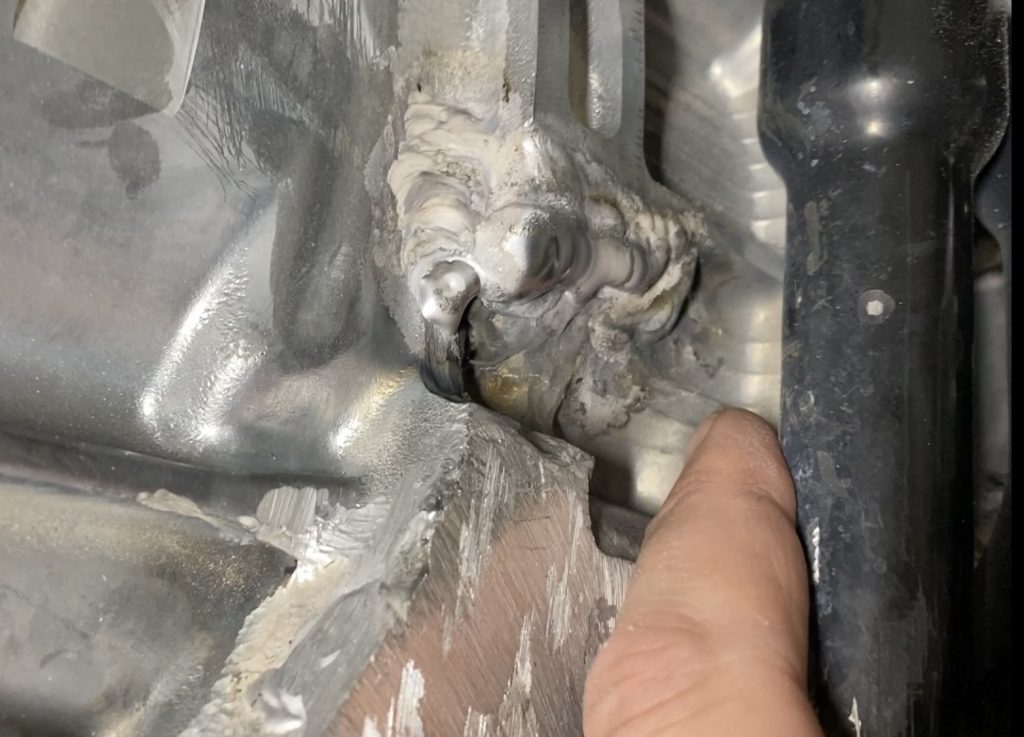 The crack continues in this direction behind these lines