In 2007 Chevrolet introduced a special edition Ron Fellows Corvette with a black and red interior. Every since I saw a picture (here: Ron Fellows interior) I wanted that color scheme! The red and black interior colors weren’t offered on my black Z06 so I knew it would have to be a custom job. All red interiors were common enough on the C6 cars so I knew at some point I could get the red panels I needed. I created a saved eBay search (“red corvette door”) and waited. A year passed and a set of red interior trim panels popped up but the set was missing one tiny piece (mentioned below). So I waited another year and a complete set finally became available and I jumped on it.

The set I got was from a standard model C6 that didn’t have some of the features I needed so I had to take everything apart (my door & the new-used door) to mix and match components. I ended up with a giant pile of spare parts. I should just chuck them, but for some reason I have them in a box. If anyone wants this pile here let me know- I’ll send it to you for free (you pay shipping).

I started with a black ebony door and I worked in red cobalt pieces from the new model. I changed it a little from the Ron Fellows model because I wanted additional black accents. I also added a brushed metal kick plate on the base of the door. Overall I really like how the doors turned out. And I’ll just take a sec here to apologize for these pictures- most all the photography I do on my blogs in with my iPhone. When it’s not an iPhone you’ll know ;).

I pulled out all the under panel trim from the interior and replaced it with the new red parts. The only real issue I had was the tiny red piece you see in the picture below (piece in the center – and this was the same trim piece that was missing from the first lot of red trim that I passed up). I thought that the piece was being held in by rivets, but after drilling them out I realized that they must be something else. In the end I simply had to pry them out using brute force. I have no idea why they would have used these fasteners- total overkill. When I put in the new trim piece I simply used screws.

I have a red center console but I haven’t decided yet if I’ll put in in. At some point I have to take my receiver out to troubleshoot a ground loop so I might do it then. However, for the time being I’m pretty satisfied. This is the result so far (yes, this is my car): 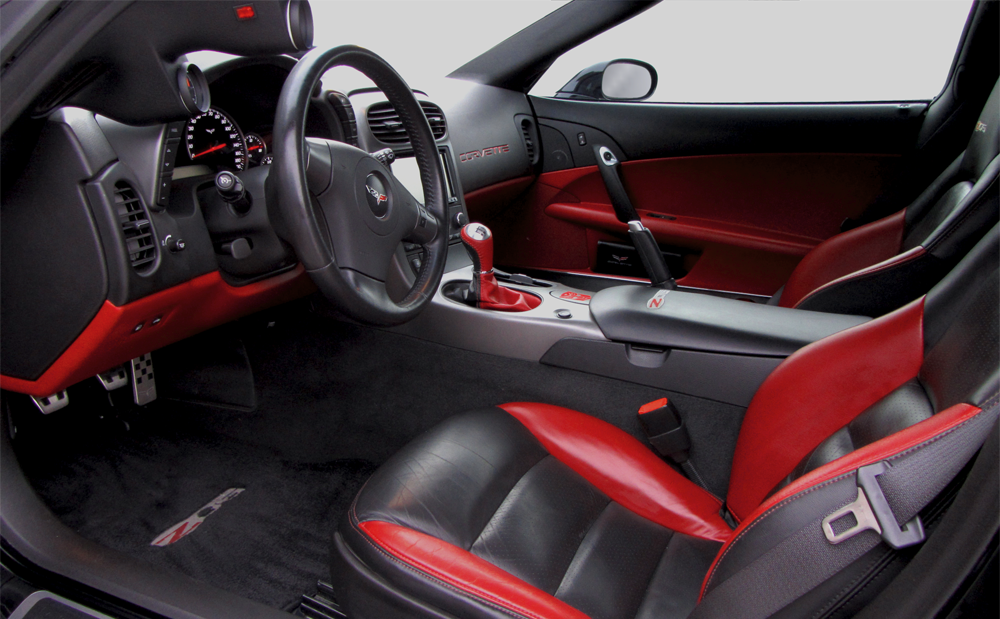