Gabe had his first day of Kindergarten. He was so excited to go to school! When he got home he said that it was “awesome.”  Probably won’t be long before he’s jaded like the others.

At Cam’s work they secured PowerTri’s old space (a moment of silence for a fallen friend). The space is being subdivided into a new store, more office space and a sound stage. Cool!  Remodeling can be stressful, but there’s going to be a lot of it in the Hughes family’s future (you can infer what you like from that).

Cam and Fran went out on a date and ate at La Hacienda in Draper (Mexican Food, in case there’s some way you can’t tell). Fran really liked it and Cam thought it was okay. After dinner Cam and Fran decided to bust out  Race for the Galaxy (thank you Sabins!). You have to be a rocket scientist to plow your way through the instructions. By the time we were ready to play our date was over. Next time!

Waffles on Sunday! Claire helped make them. It started off oddly, but in the end there were waffles.

That evening we ate with Cam’s parents. Grandma always makes really good meals and the kids love to play with her and Grandpa. Cam and Mike played Battleship (Mike won).

On Labor Day Fran wanted the family to Hike Stewart Falls. We started off with a meal at Wallabys and then headed into Provo Canyon.

The weather was excellent, but the trail was very crowded (the whole canyon was packed because of the holiday). The kids had fun at first, but soon started to “get tired.” 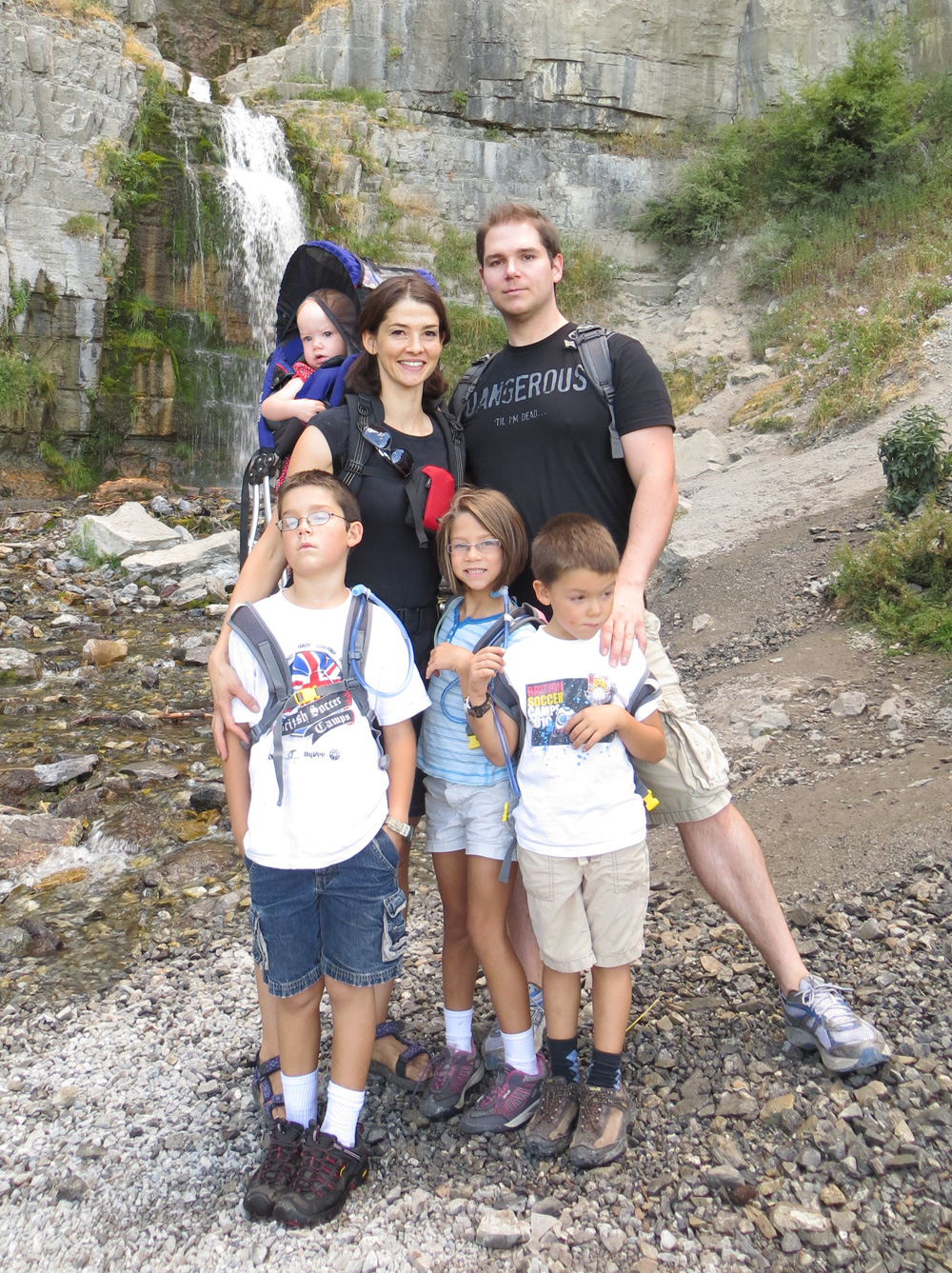 Nevertheless we made it to the falls. The kids played for a bit and everyone had a snack, You can tell from this picture that Mike had reached his patience threshold. Fran carried Chloe and Cam felt like a girly-man (to be fair he did carry Gabe for a good part of the trip up and down- possibly motivated by guilt or the need to seem strong).

One we made it back to our car we decided to drive though the Alpine Loop. That took us out the American Fork canyon so we stopped at Pizza Pie Cafe. Normally their pizza is okay, but Monday was an exception (pretty dry…). And so ends another Hughes Family adventure. But there will be more. Sigh.