We launched Blade HQ back in March of 2004. The design was simple, but so were the times. 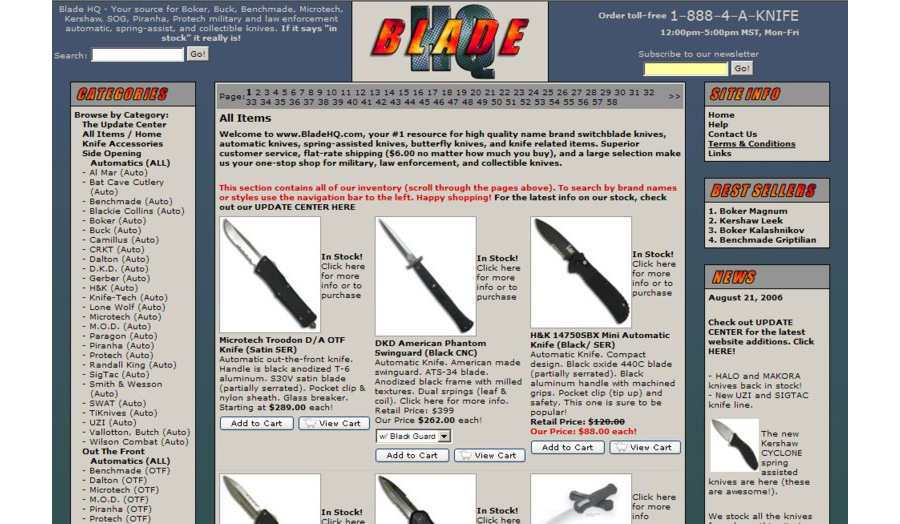 They say that the only constant is change. I think most people fear change to one degree or another- I know I do. When we change something important and we change it in a dramatic way it can be frightening. Back in 2007 we redesigned our Blade HQ website (maintaining many of the original elements) and have used that design for nearly the last six years. 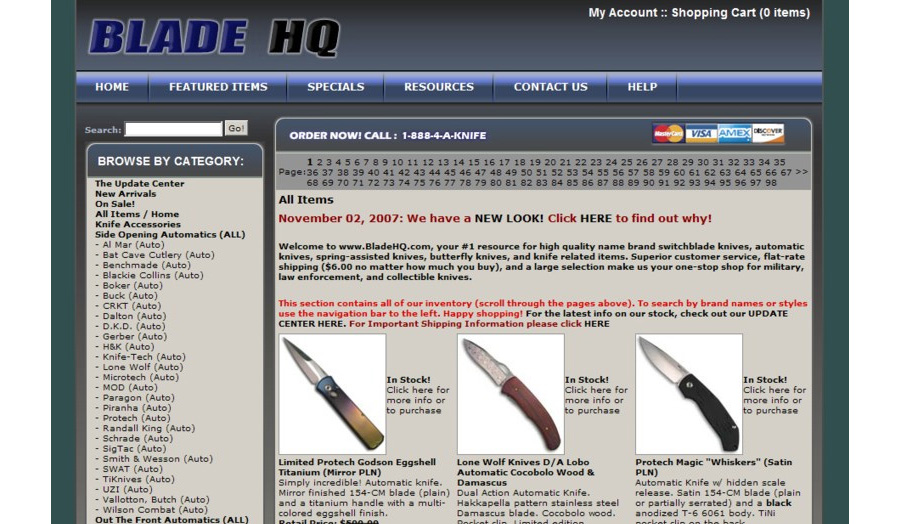 Over time the 2007 template evolved but, again, the change has been minimal. 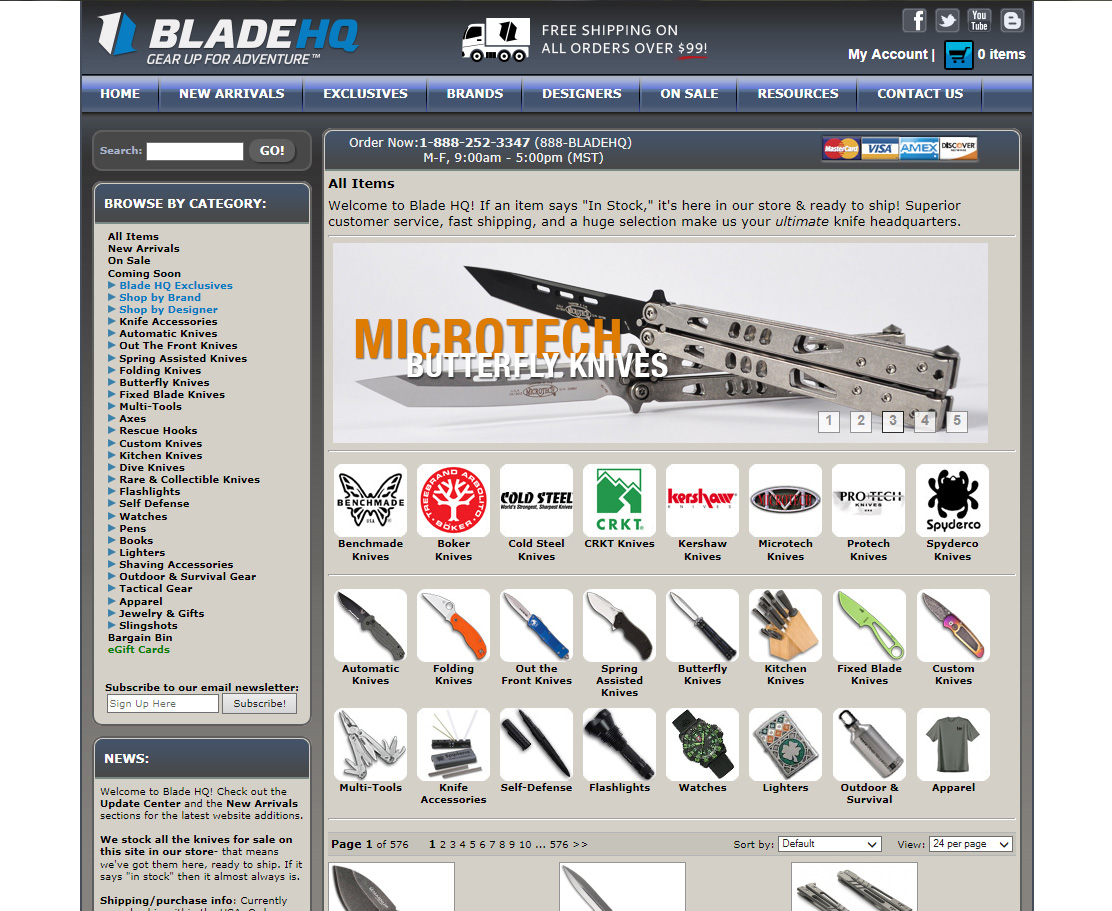 At the beginning of this year we undertook a massive website redesign. We wanted something that could accommodate all of the planned feature additions, something that would allow us to diversity our product offerings more effectively and something that would carry us for another six years. It was time to move away from our roots and we strove for a more elevated and contemporary design.

Last week we launched our new Blade HQ website. I think it’s safe to say that everyone at Blade HQ was a little nervous but overall customer reaction has been very positive. There are still adjustments to make, tweaks to implement and problems to address but overall I’m incredibly pleased with how things turned out. I’m very proud of of everyone here at the HQ who helped make this vision a reality. 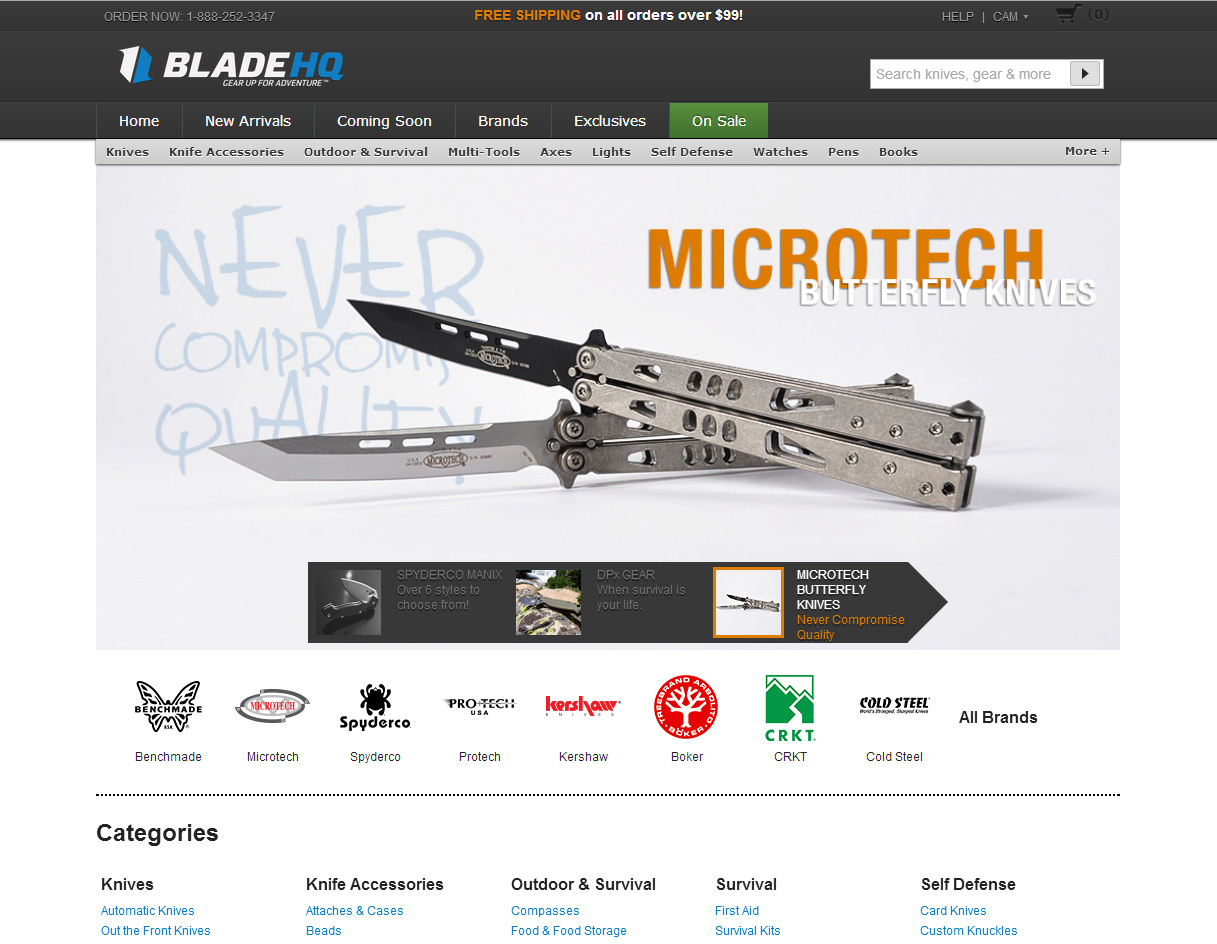 If you get a chance please browse the website and let me know what you think! I’d be curious to hear any constructive feedback, positive or negative. We are currently in an A/B test period so if you don’t get the newest version you can simply erase your cookies and try again.

Even our redesign has evolved. After reviewing data and customer feedback we decided our homepage as was too large and wasn’t driving traffic to the correct destinations. We modified the homepage to bring the fold higher and give customers more direct access to popular categories. I’ve posted the result below. 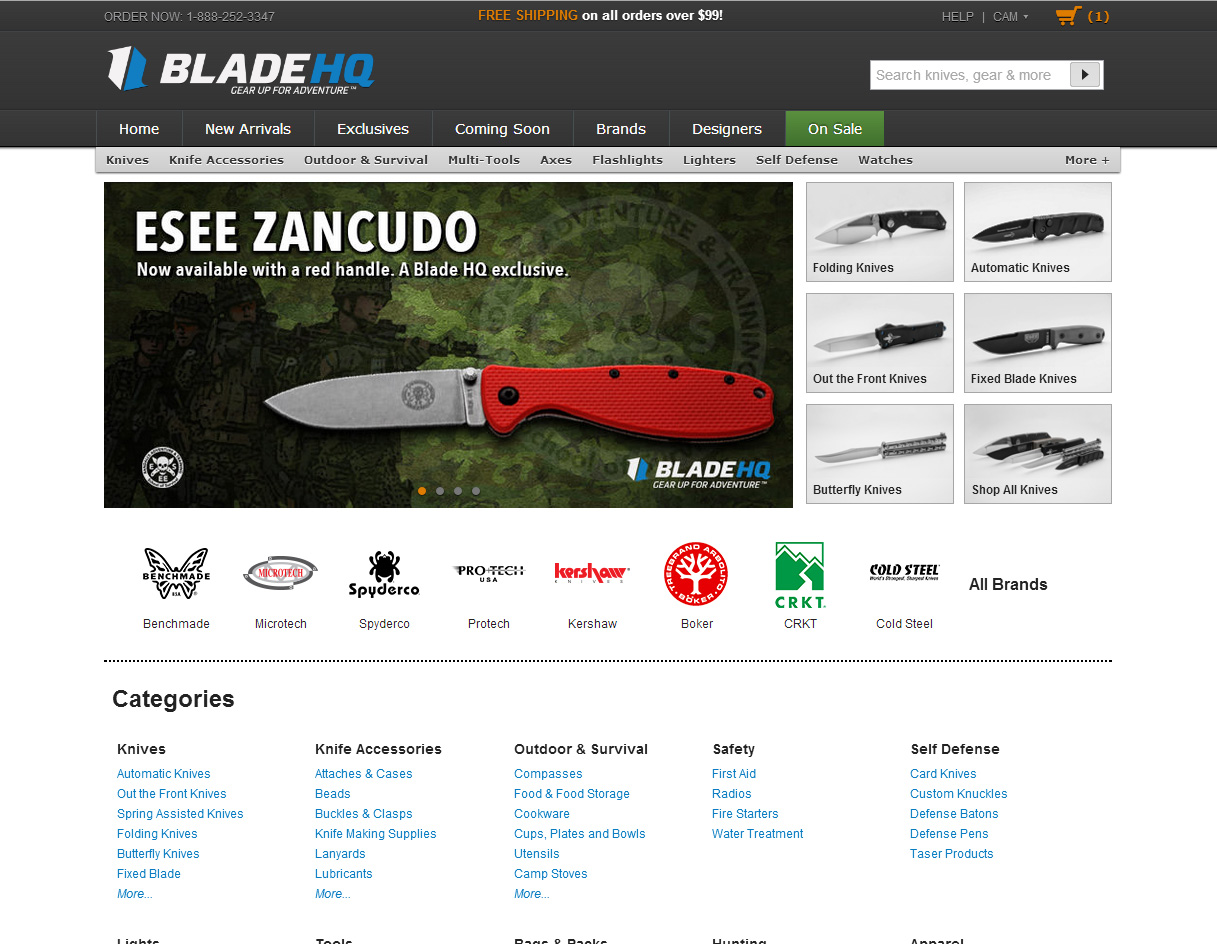