As has been mentioned on my blog, last year I bought an Escort Max 360 radar detector. I have enjoyed the unit quite a bit and have it an indispensable part of my driving repertoire. Due to power cord limitations I had the unit mounted fairly low on my windshield which caused the unit to be comfortably out of reach. With no easy way to hit the mute button I typically kept the volume lowered which meant that I sometimes missed warning. Most aggravating, however, was the cord constantly being in the way. Eventually I decided it was time to hardwire the Max 360.

Easy enough to fix! I purchased an Escort Directwire SmartCord and  had my local dealer wire it up (I’ve become more wary of messing with my car’s electrical systems). They actually created a new circuit for the detector, ran the wires behind the paneling and relocated the Max 360 underneath the rearview mirror. Having the mute button / indicator lights located to the left of the PCM has been very nice. And what do you know, it’s even wired up correctly (i.e. it doesn’t come on when I open my car door, only when  they key is turned to the accessory on position or the car is running). 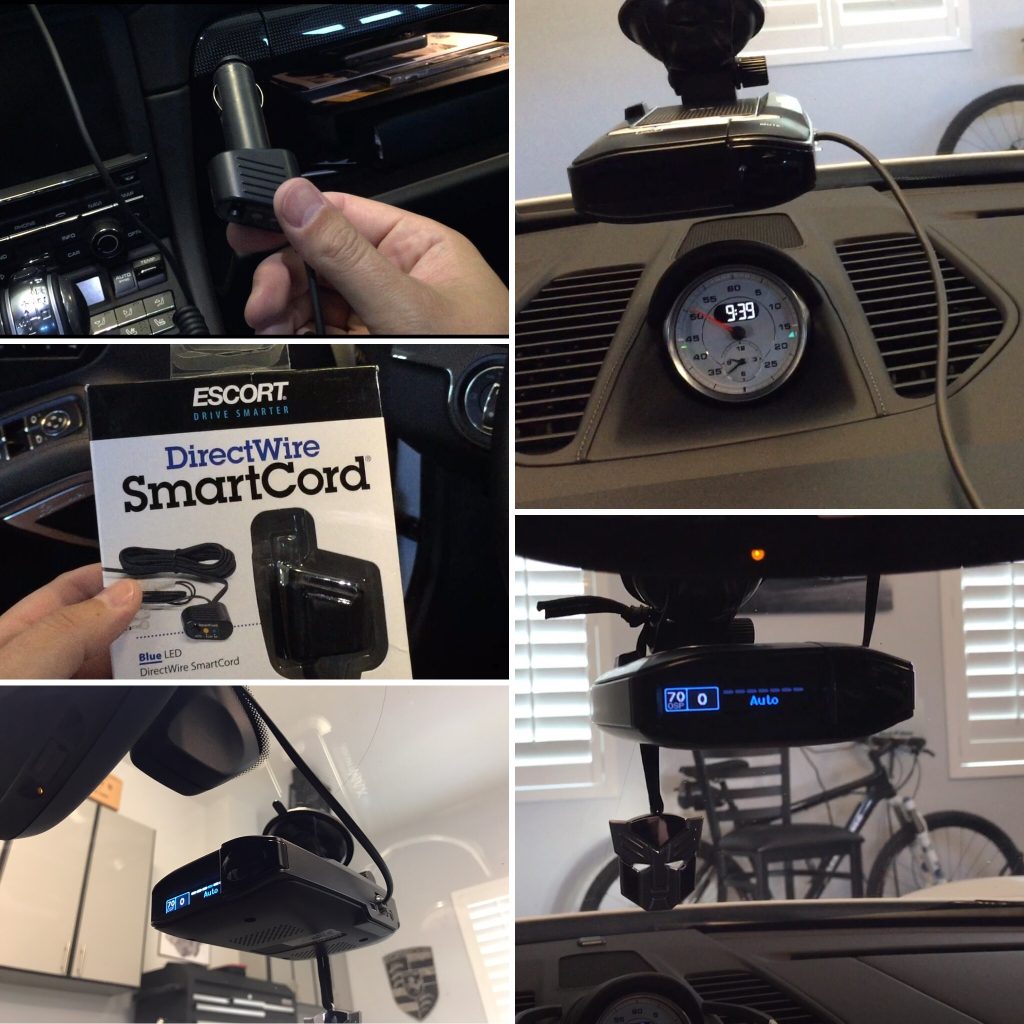 Life with a cord was tough… the detector was over my clock, too far back to reach, power cable dangling out. Thank goodness for the Escort SmartCord! Detector repositioned and no cord, no problems!

In short, hardwiriing the detector is a functional and aesthetic upgrade that I would definitely recommend to anyone with a windshield mounted radar detector 😀

I did consider the Escort Max Ci system but felt like there were too many drawbacks. For example, the price seemed high and the technology was essentially the same as what I already included in the 360 (minus the laser shifters, which I don’t really think I need). I am always hesitant to be an early adopter of technology- I’d like to see the system vetted prior to a purchase like that. Additionally the Max Ci can’t move from car to car, I had a Beltronic STIR-Plus system installed on my ’07 Corvette and while it was cool to have everything integrated I actually preferred my STi Driver.

The video below shows the radar detector components, mounting location, installation information (as noted above I did not do the installation) and operation: