Once again, I have decided to undertake a project for no particular reason- I  just get enamored with an idea sometimes. In this case I was thinking about how much I like the noise of our fountain (probably because a friend just installed a very nice water feature in his yard) and how cool it would be to hear the sound of a fountain while sitting on our front porch. All of a sudden BOOM! I had to put in a front porch fountain.

The first step was picking a location and that was easy since there was only one place to put a water feature. I wasn’t a huge fan of the bushes in front of our porch so I was happy to rip a few out to make room. The next step was finding something that would fit look nice and not be too loud. I remembered seeing some fountains at Costco last year so I looked on their website and came across a model called the  LiquidArt Fountain Mountain Spring. I liked the shape, a pondless bubbler was just right and the price was pretty good (much less than buying it direct).

I placed my order and it came within less than a week (shipping from Oregon via a freight company). As soon as it arrived I took actual measurements (it’s 2″ larger than advertised- a tight fit) and started digging. I naively assumed I could just shovel out a few wheelbarrow fulls of dirt and I’d be all set. Not quite. I think all told I ended up emptying five pretty big loads. I dug the hole a bit deeper than needed so I could lay down a couple inches of gravel. 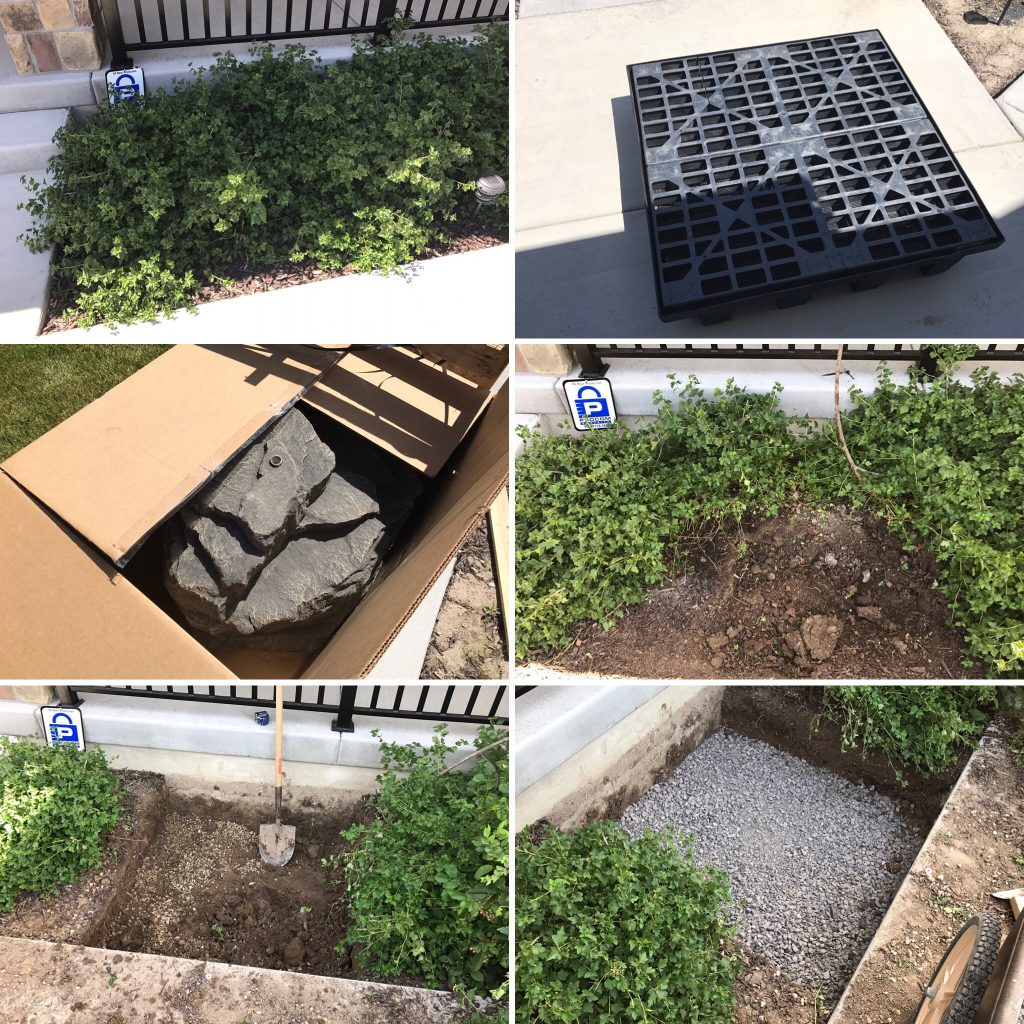 Deciding on a height was more difficult that I thought it would be. I ended up trying to seat the fountain two inches below the side walk to accommodate the rocks I was planning to get (I’m hoping the weight of the water and fountain won’t cause it to sink at all, but I’m mentally prepared to pull it out and readjust it if necessary). After getting the water reservoir installed and cleaned out* I placed the grid on top, placed the pump inside, ran the pump hose through the grill, overlaid the mesh and placed the “rock” (orienting it was tricky and I ended up changing it several times after seeing the actual water flow). Aside digging the hole that was the best part (sarcasm).

*Quite a bit of dirt fell into the water reservoir. The only way I could think to get it out was to vacuum it up. I used this an an opportunity to acquire a new Shop Vac (quite happy with this model). Sweet!

After the main fountain components were situated it was time to get some landscaping rocks. We live right by an American Stone so I headed over to see what they had. Turns out their selection is pretty massive (it was my first time there). Here’s how it works: You weigh in your vehicle and then go fill it up with rocks (keep track of what you get). Then you go a weigh in again and pay for your selection (according to your weight difference). They don’t really cater to jobs as small as mine but I managed to get what I needed. I’m not going to win any awards for landscaping / fountain design, but it turned out pretty nice (I wish I hadn’t pruned the bush on the left quite so much). 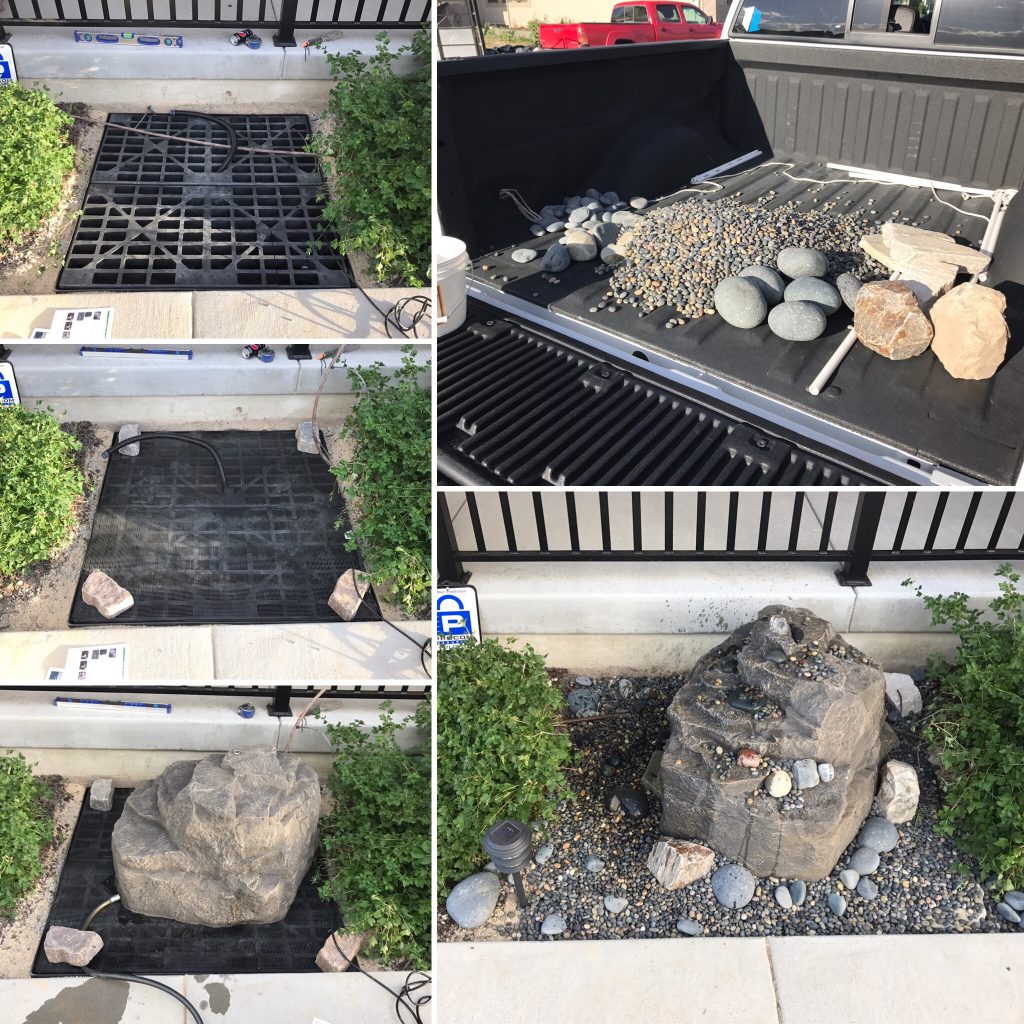 Below is a quick video of the fountain running. I think it’s quite relaxing. In fact I would be on my porch right now if allergies weren’t ravaging my body.

Overall: 8/10 – The LiquidArt kit is comprehensive, well designed and attractive. My only two gripes are minimal. 1) The PVC pipe that comes out of the top of the rock isn’t too attractive. I feel like that could have been flush with the surface. 2) Install wasn’t anything close to 3 hours, as described by the instructions.