Porsche has just announce their 2018 Turbo S Exclusive Series. If you have any interest in this car I’d say the very first step is to head over to the Porsche website to read through the features section. Also take a few minutes to watch the live stream of fan controlled robots crawling around the car: 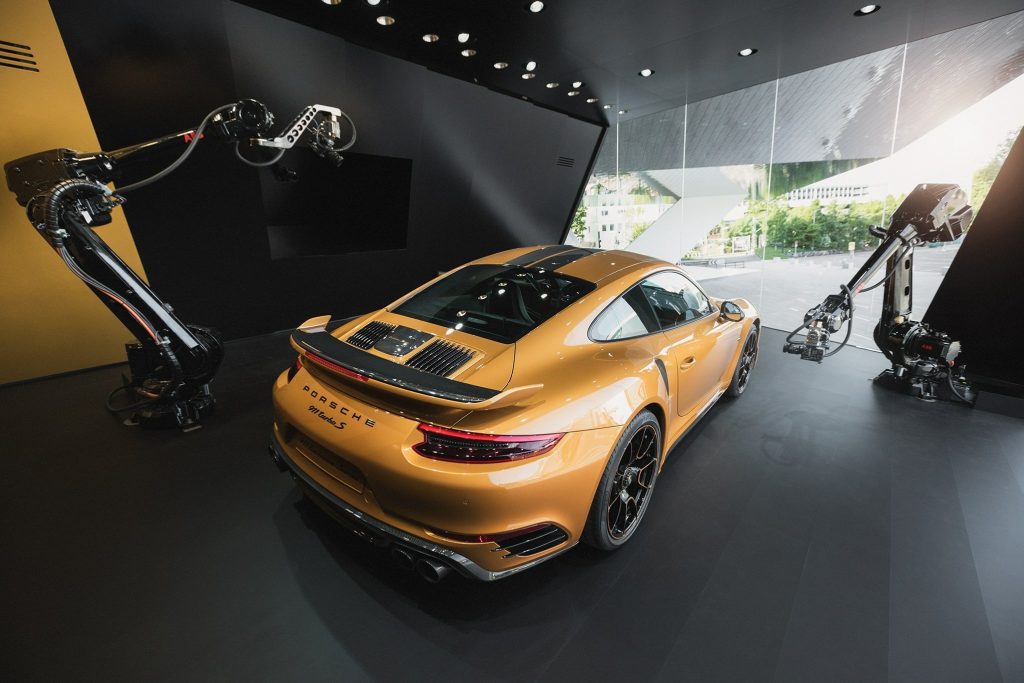 I have often fantasized about the perfect Turbo S and so I have a few thoughts on this release:

Q. Can I even get one?
A. It’s hard to say at this point. Look what happened with the 911R. They all went to folks who’d bought a 918. I’m hopeful the average Porsche fan gets a crack at these, but history doesn’t seem to be on our side.

Update: The Turbo S Exclusive Editions are being offered to people who have previously purchased a 918.

Q. Do I even want one?
A. I certainly find this car appealing, but I don’t think it’s a good fit for me (more on that later). They’ve done a lot here with carbon fiber and I do love that stuff. However, if Porsche would let me I’d just order parts from this car and install them onto my current car (I don’t think they’d like that). The price on this, while actually less than I expected, somehow seems like too much for what’s included (or not included). I am holding out for a 2020. I have a feeling that will be my next car.

Q. So, what’s the price?
A. One of these beauties start at a whopping $258K. How do they justify that? It’s limited, it’s got some cool upgrades (carbon fiber, a bit more power), more parts of the car are “hand made.” After talking with a local sales rep one thing that surprised me is that you sill have to add in options like the Burmester stereo or even the lane change assist (and you can even add more leather). For the price I feel like all the highest end options and every goody should be already included. But again, to be fair, the car is priced lower than I expected and not much more than a decked out current model Turbo S.

Here is brief picture tour of the car (all pictures are from Porsche.com). 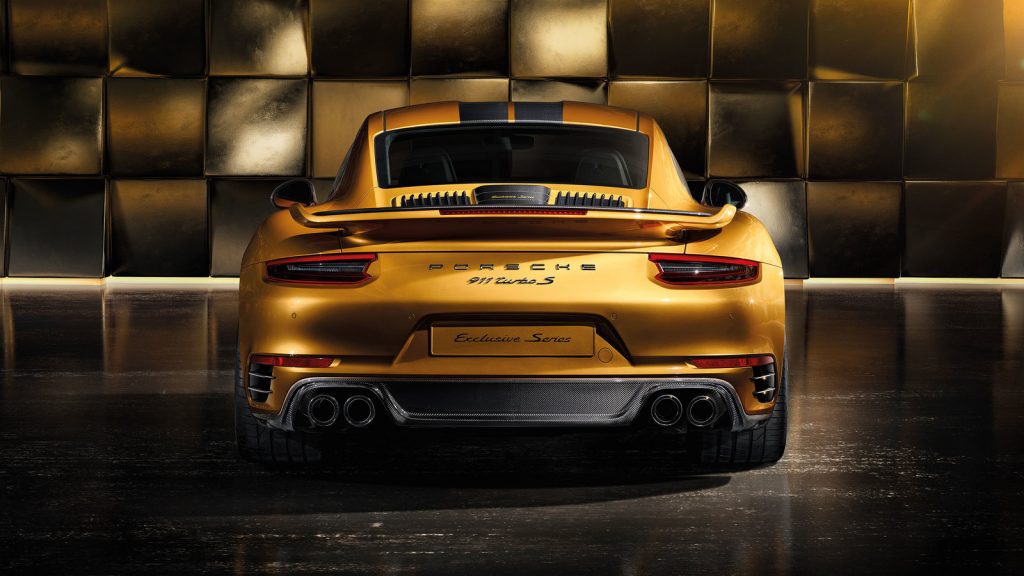 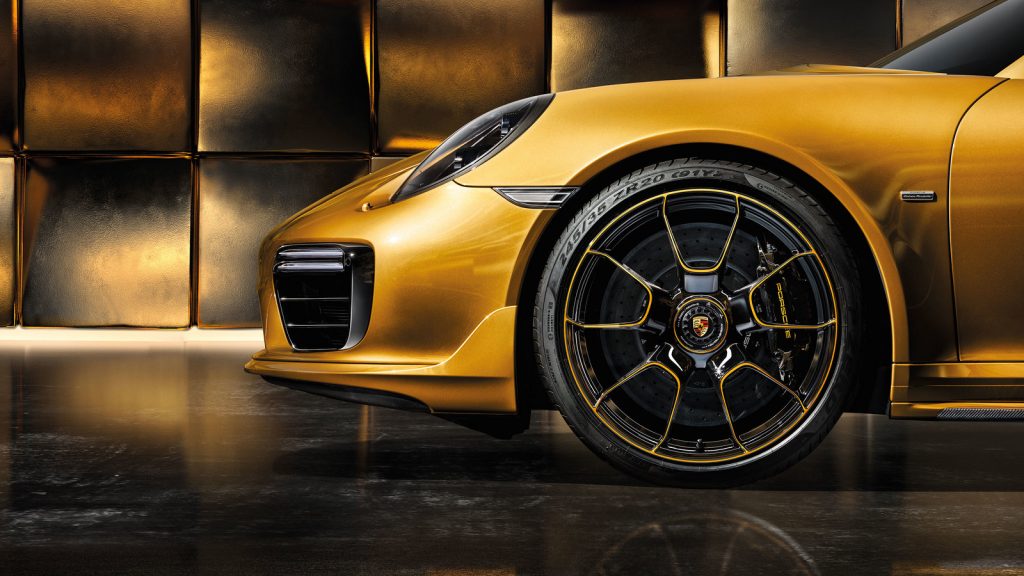 Exclusive Series Turbo S – Wheel Detail. I really like the wheel design, but I’m not really digging the black calipers. 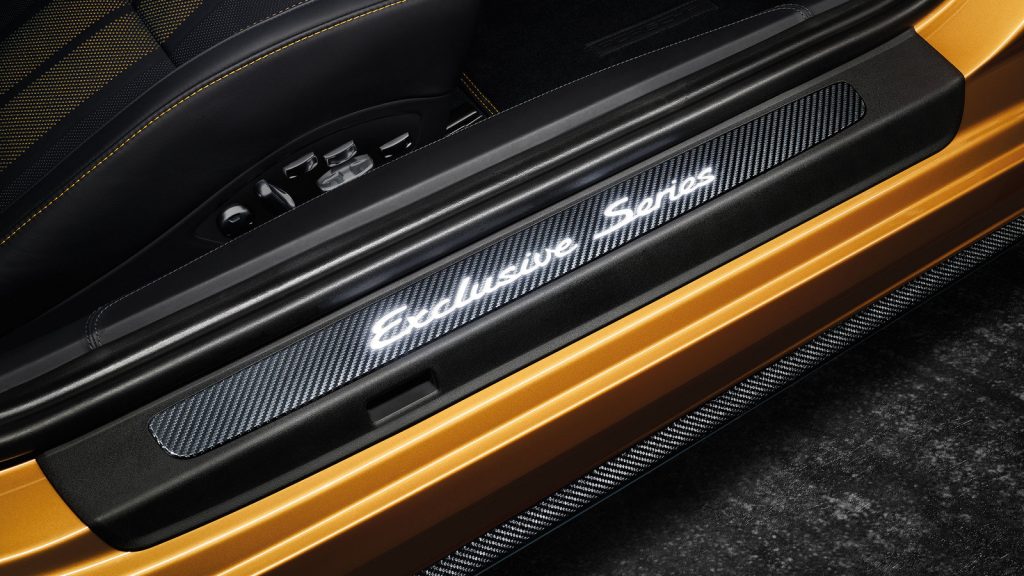 Exclusive Series Turbo S – Illuminated Door Sill Detail. You know I like this. 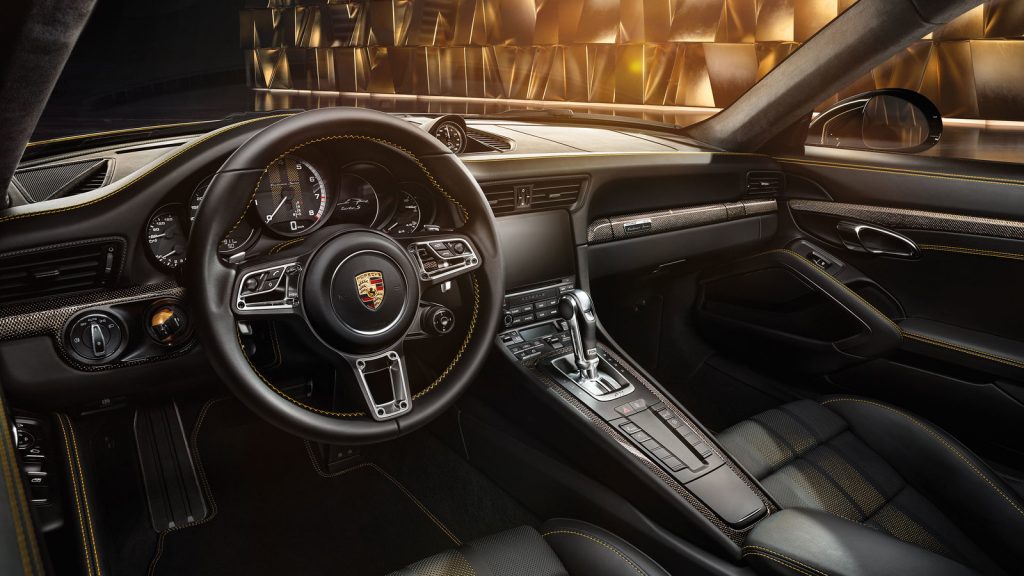 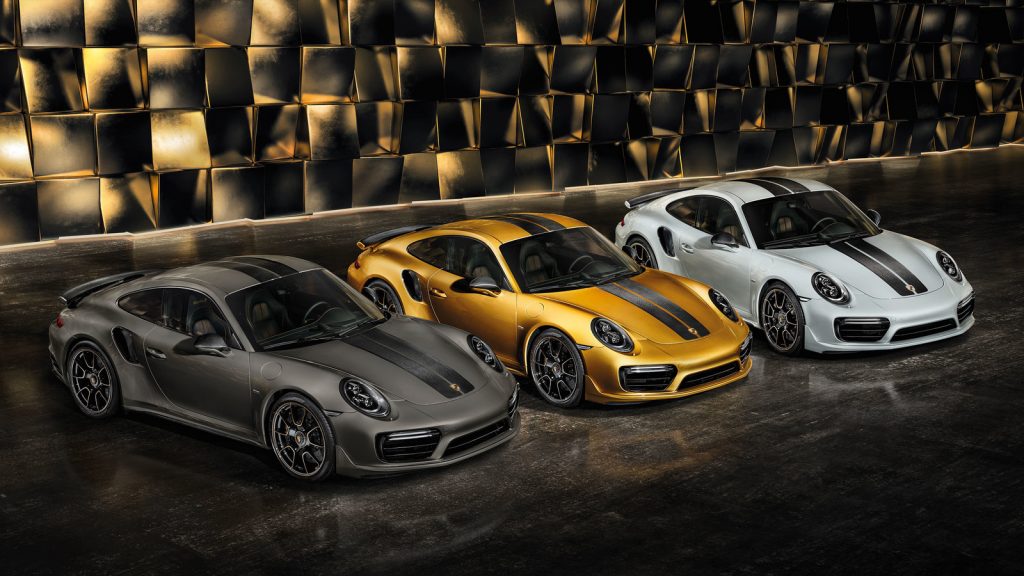 Q. Deal breakers?
First a confession- I’m a gold-hater (I’ve admitted this before on my blog and I’ve worked quite hard to remove any traces of gold from my current car). Thankfully the Exclusive Series comes in some other colors (the white looks really good to me). From what I can tell, however, all of these cars come with the gold/yellow wheel detail and interior accents. I freely admit that even with the gold I think the car looks great.

Sadly, there is no sunroof option on this car (understandable given the carbon fiber roof. For the time being, that would be a deal breaker. I know “purists” aren’t big into the sunroof scene (additional weight at the car’s highest point and all that) but it doesn’t seem like many people would want to race this Exclusive Series. Why not have a sunroof for the freaks like me?

My local sales guy also made a good point- when you have a “collectible” like this you’re going to be very wary while you’re driving it. Given how insane I am about the commodity I already own I’m sure it would diminish my driving enjoyment just a little (plus I don’t like to draw attention to myself).

In any event, I really enjoy looking at the pictures (makes me want to do a professional photoshoot with my car) and I definitely appreciate the work that has gone into this car. I hope all 500 owners really enjoy their Exclusive Series Turbo S cars!