As always I feel compelled to apologize for my  haphazard posting schedule. Who am I apologizing to? Probably myself. It’s been a busy couple of months that’s left me feeling more tired than usual. I’m glad spring is here- hopefully the nice weather won’t be far behind.

Fran recently got back from Reunion Island, where she grew up. She spent about two weeks there visiting her family. She has two sisters who live here in Utah, but her parents and two brothers still live on Reunion. Fran was able to go to the beach, hike, visit with her childhood friend and extended family. She took our kids with here (a bold maneuver considering the trip involves over 20 hours of flying- each way) so I got to kick it by myself for a while. Sadly I’m not as cut out for bachelor life as I had hoped. It’s so nice to have her back. Oh… and the kids too I suppose.

Above is the house where she grew up. It’s in a pretty isolated spot on top of a hill. The view is incredible; That’s based on pictures I’ve seen. I’ve never actually been to Reunion. It’s on my list, but the thought of flying there hurts me. I might be able to do it in first class, but the guilt of knowing my family is crammed in coach would eat at me. A little. Plus Reunion has some bad mosquitoes and I’ve had my share of them for now (I’ve got a post on here about being eaten alive at Utah Lake). One day for sure but I’m not ready yet.

And an exciting announcement: We’ve got a new store!  This is actually the same building we were planning on moving to last year, but construction delays pushed it back until now. In some ways it will be sad to say goodbye to our old shop– it served us well. Progress is an emotional mercenary.

The outside (shell) is finished and they should start work on the interior later this month. If  we can keep everything on schedule we should be in sometime in July or August! We’re trying to plan a bit for the future so we’re getting over three times the space we had before (over 7500 square feet in the new building). The buildout will be two stories:  a storefront and a warehouse on the first floor, and  offices on the second floor. This should give us plenty of flex ability no matter what opportunities come along.

March was chalk full of birthdays (I turned 31 on the 22nd), but the highlight was probably Jim’s party (he turned 30). Cindy rented out a room at Noah’s and threw an awesome surprise party (check it out on Cindy’s blog).  Pictured above from left to right: Tom, Andrew, Rachel, Cam, & Jim.

The one thing I was able to do while I was a bachelor was start my new car stereo! I’m not an audiophile or anything like that, but I do like to turn my music up pretty loud while I drive.  My friend Justin suggested that we add some sub-woofers and a couple of amps.  He made some custom speaker boxes for the trunk area of my car (it’s hard to tell from the picture, but the boxes are sunk about 9 inches into the trunk bed). We put two 8″ subs in each box and we’ve got two 250watt amps (one for the subs and one for the mids). All we have left is the wiring (which will be the hard part) and I’ll be ready to blast out my ear drums. 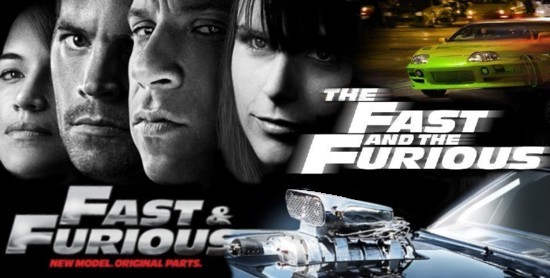 And I have finally made the jump to Blu-Ray (we actually  watched “The Fast & The Furious” on Blu-Ray). I’m thrilled with the picture quality- it’s really a night and day difference between the DVD and Blu-Ray resolutions. My projector is  720p/1080i so I’m not getting the full benefit of the Blu-Ray picture quality, but even so… wow. The sound has been problematic. I’m having a sync issue that I haven’t had time to resolve (a sound lag problem) and the mids (voices in particular) are very difficult to hear. I’m not sure if this is a problem with the Samsung Blu-Ray player I have or the Onkyo receiver I’m using (or both in conjunction). I’ll post my progress.

And that’s about it for now. Long live Power Lime!

2 thoughts on “Where Does the Lime Go?”