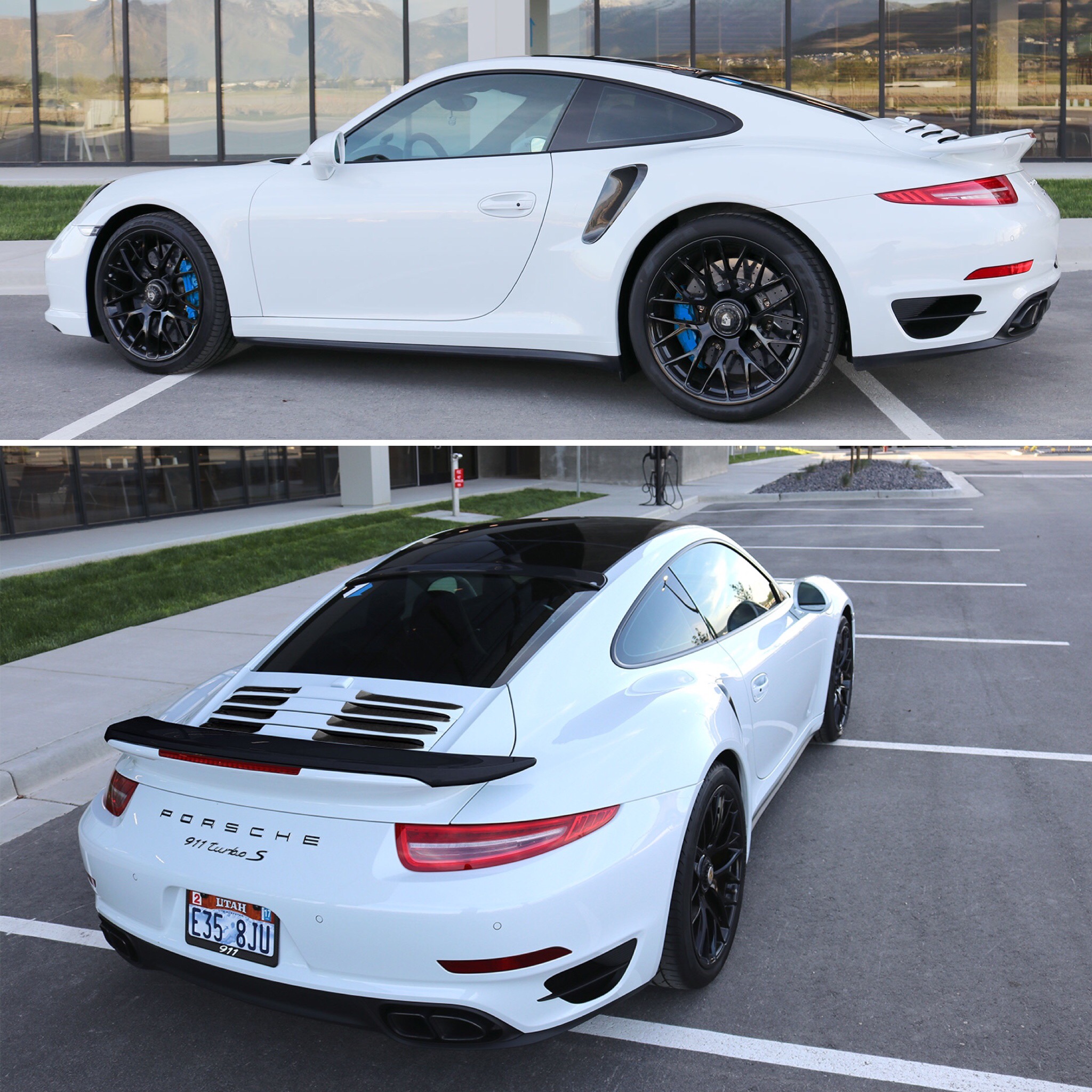 I admit it- I like making little tweaks to my car (I know… this hard to believe). I’ve wanted a blue- calipered car for quite awhile (probably originating back to when Chevy offered them as an option on their now-discontinued ZR1 series). I did a mock-up of my 911 with blue calipers and really liked the look. I also thought a few black accents on the back would look nice and so the spoiler and engine cover got a Photoshop job. And then the car was off to Luxe Auto Spa! 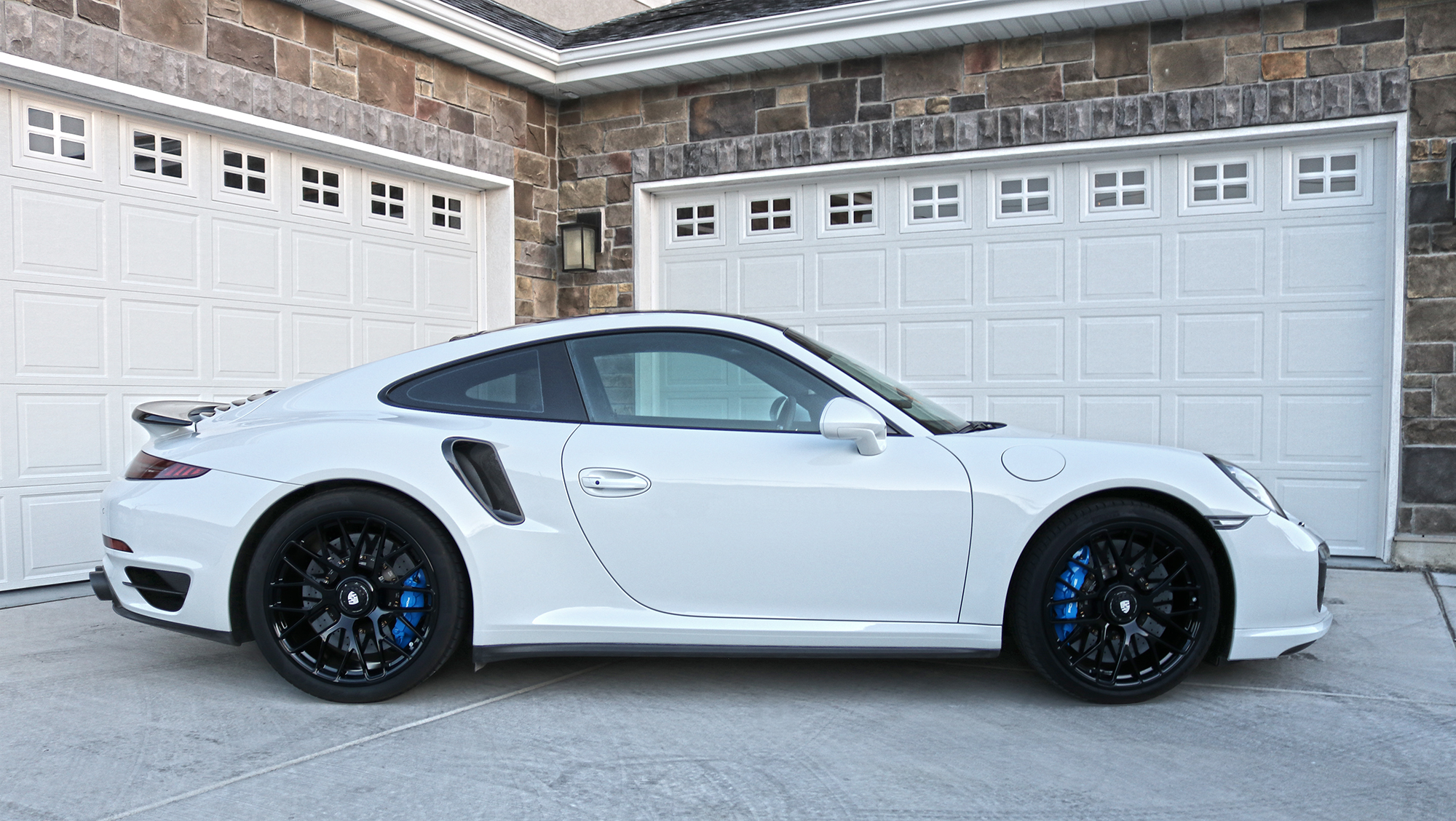 Pretty close! I had the calipers ceramic coated BHQ Blue (more on that below) and they turned out really well (I like the actual version better than my mock-up). Luxe suggested white lettering on the calipers which I think was an excellent call. Even though I liked the yellow calipers I wanted something different and a little more me (whatever that means). 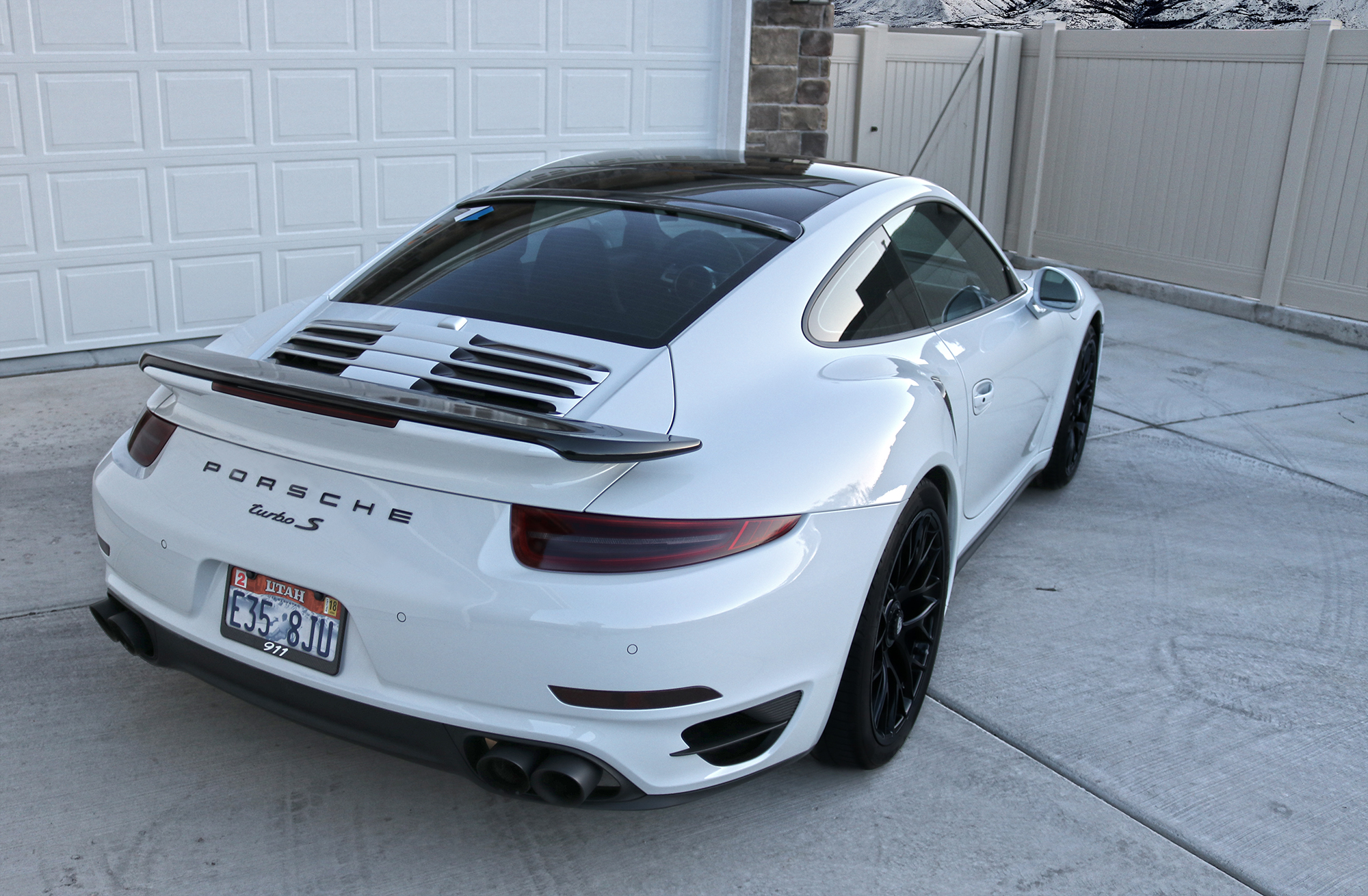 Luxe also did a great job with the rear vinyl. The spoiler looks amazing in black (if I can find a good carbon fiber spoiler I’ll eventually go in that direction or at least have the wing painted black). The vinyl on the engine cover vents might verge on overboard but I think it also offers nice  contrast. I didn’t include it in my rendering but we also added black lettering (no “911” as it isn’t readily available and already appears on the license plate). It was clear from the mock-up that the tail lights were going to be too bright and so we toned them down with some tinting. I think everything works really well together and it turned out pretty wicked! 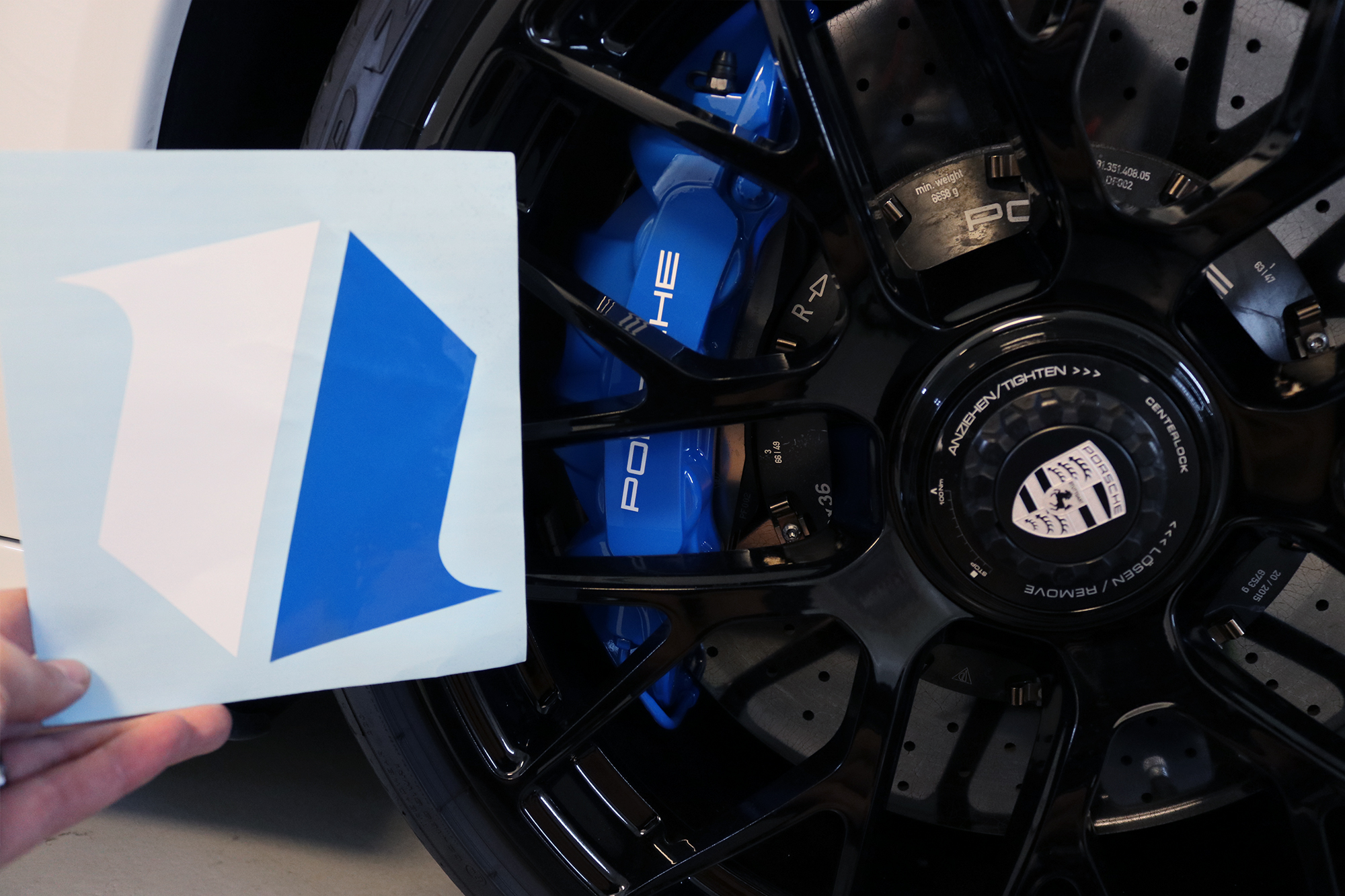 Luxe did a super job matching my color sample- the blue on the BHQ logo. 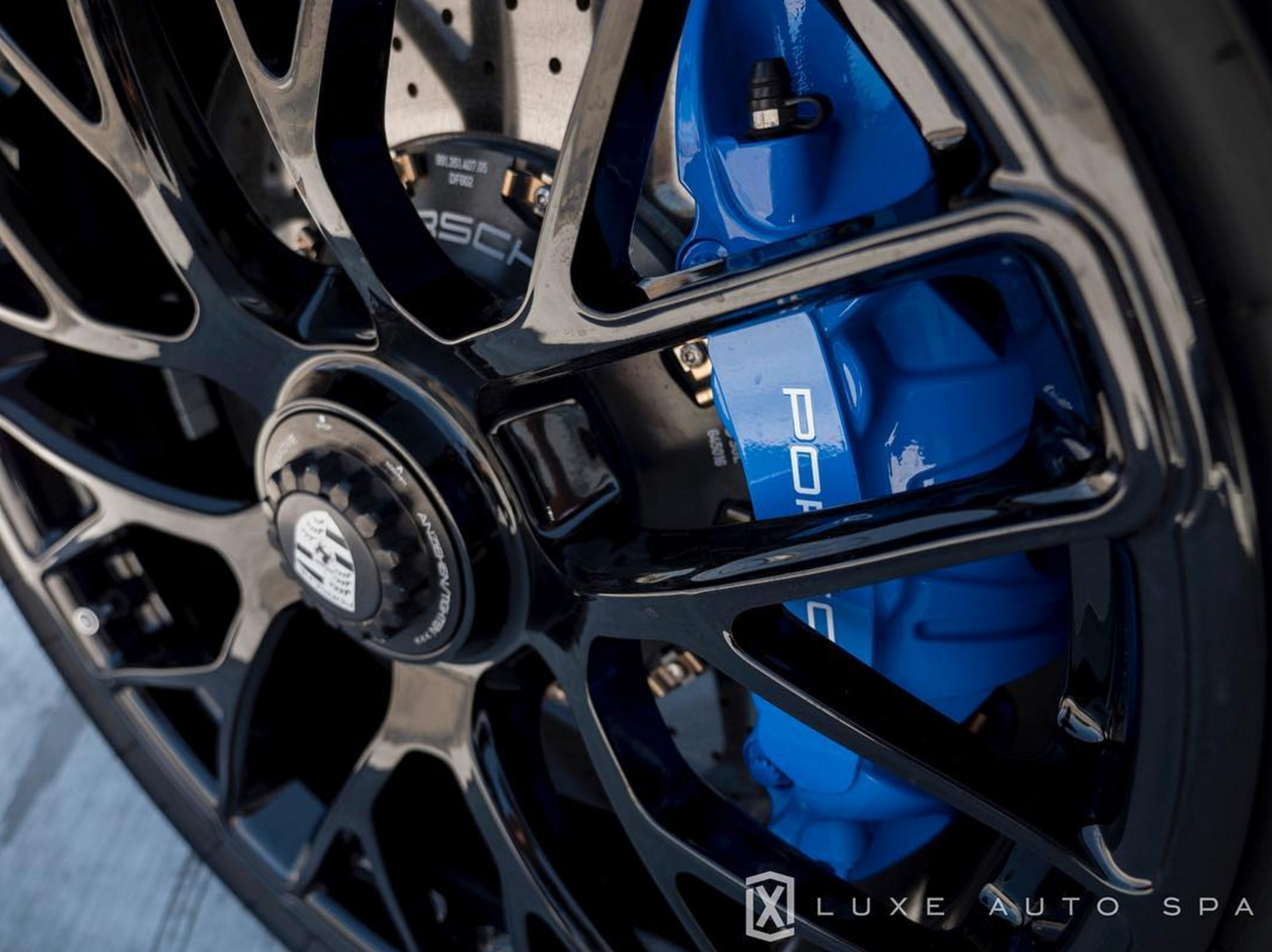 Seriously great: black and blue compliment each other so well. 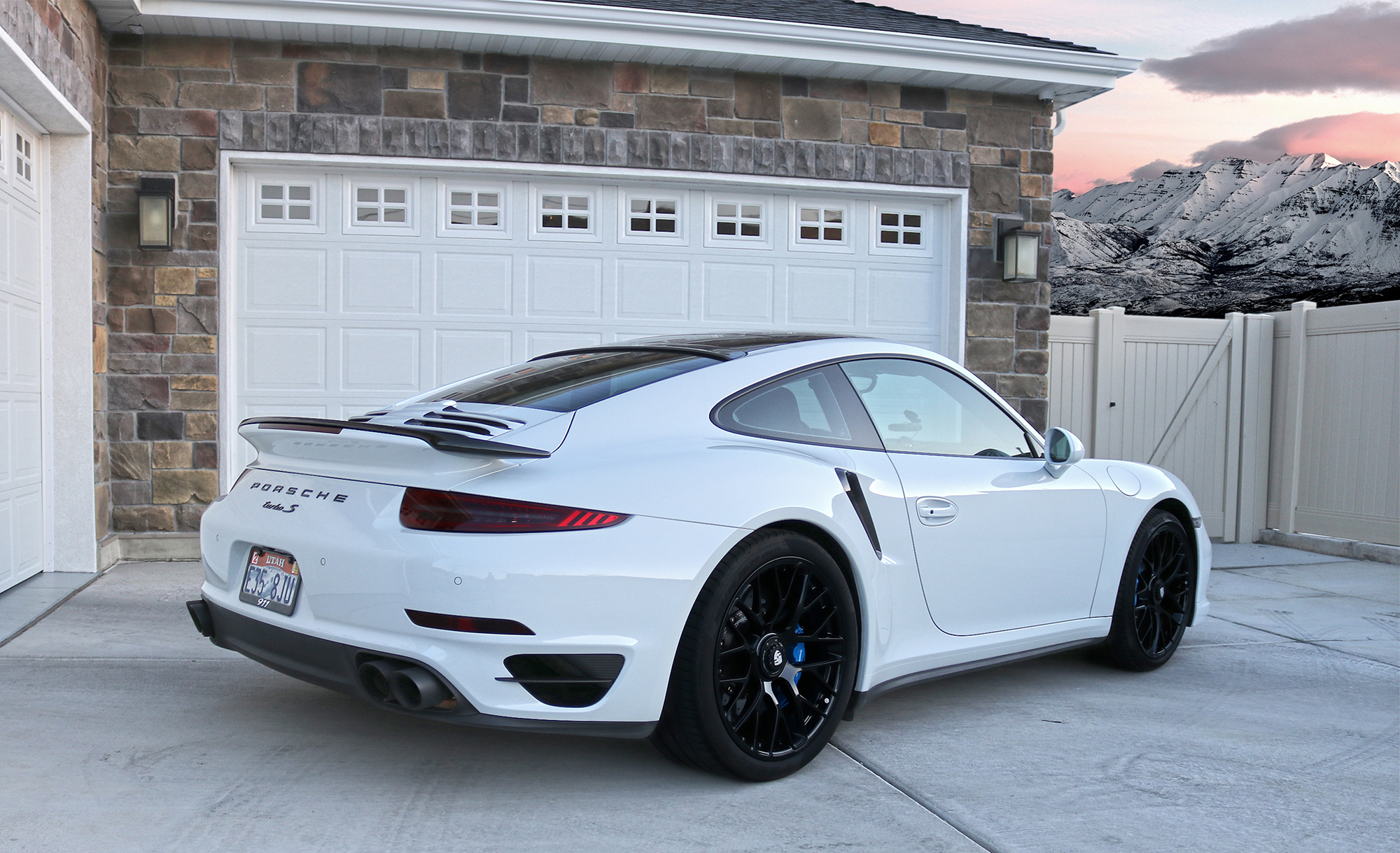 Shot of the back of the car (everyone seems to like the mountains more than the car). 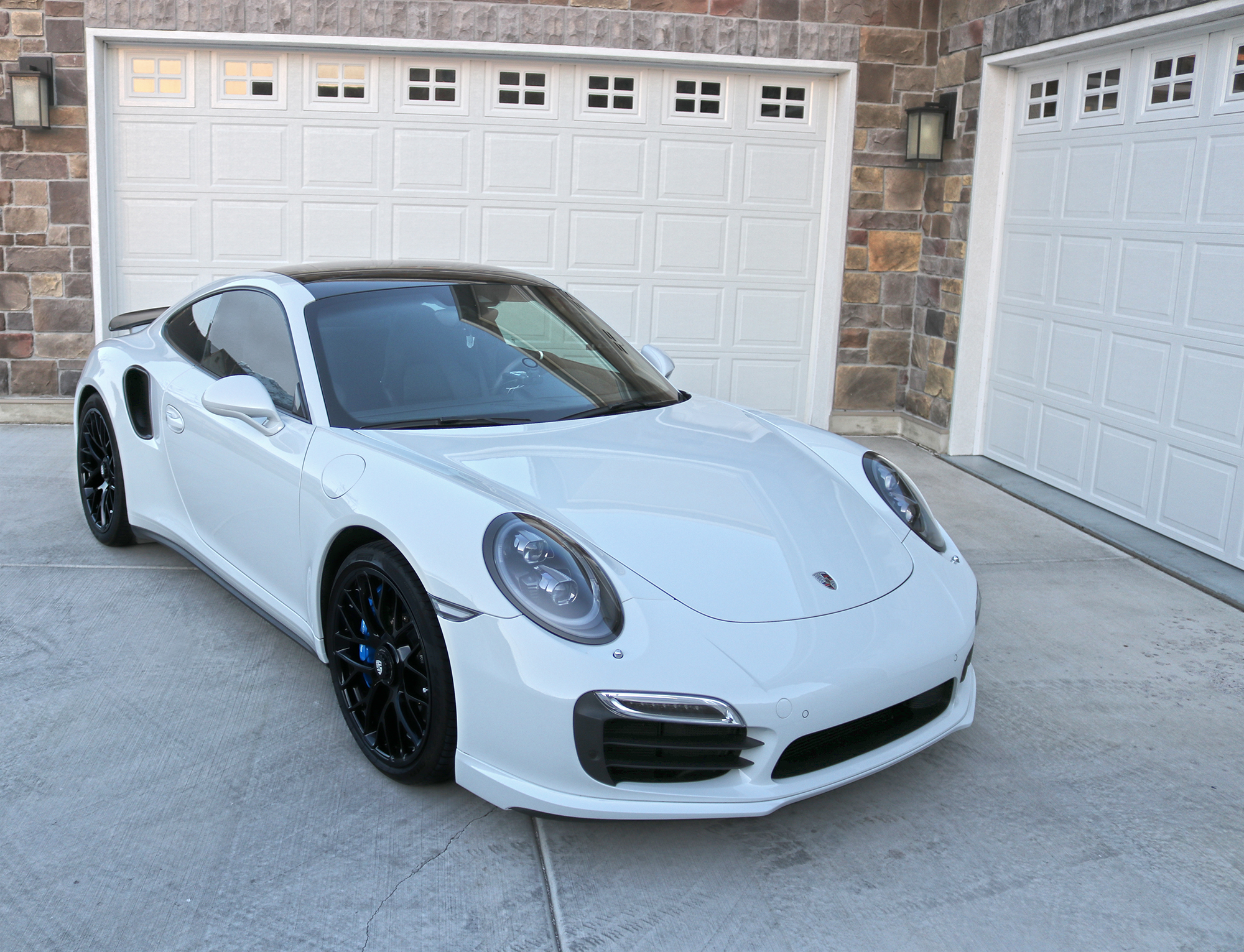 Shot of the front of the car. 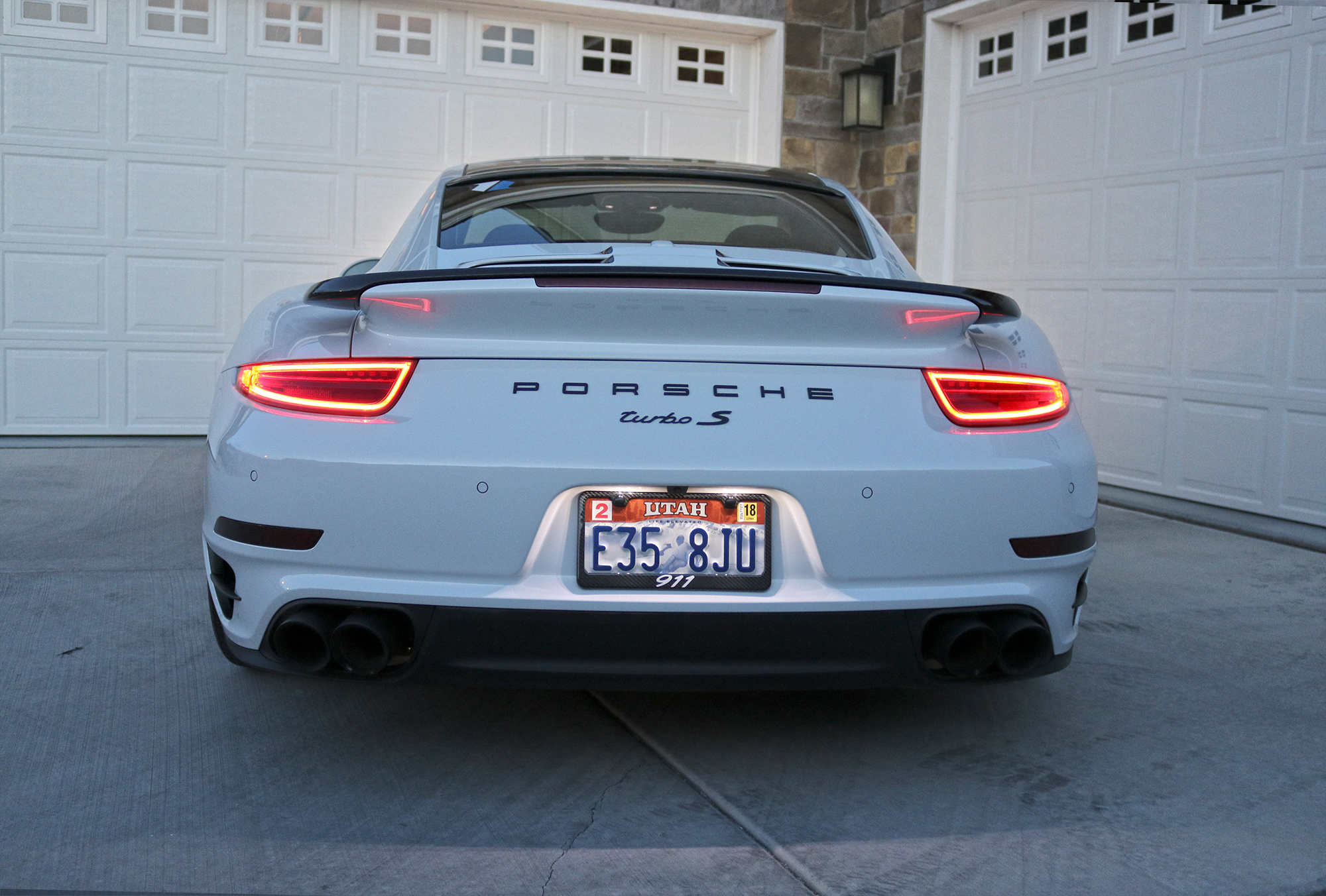 Lower light shot. That is one fine rear end! 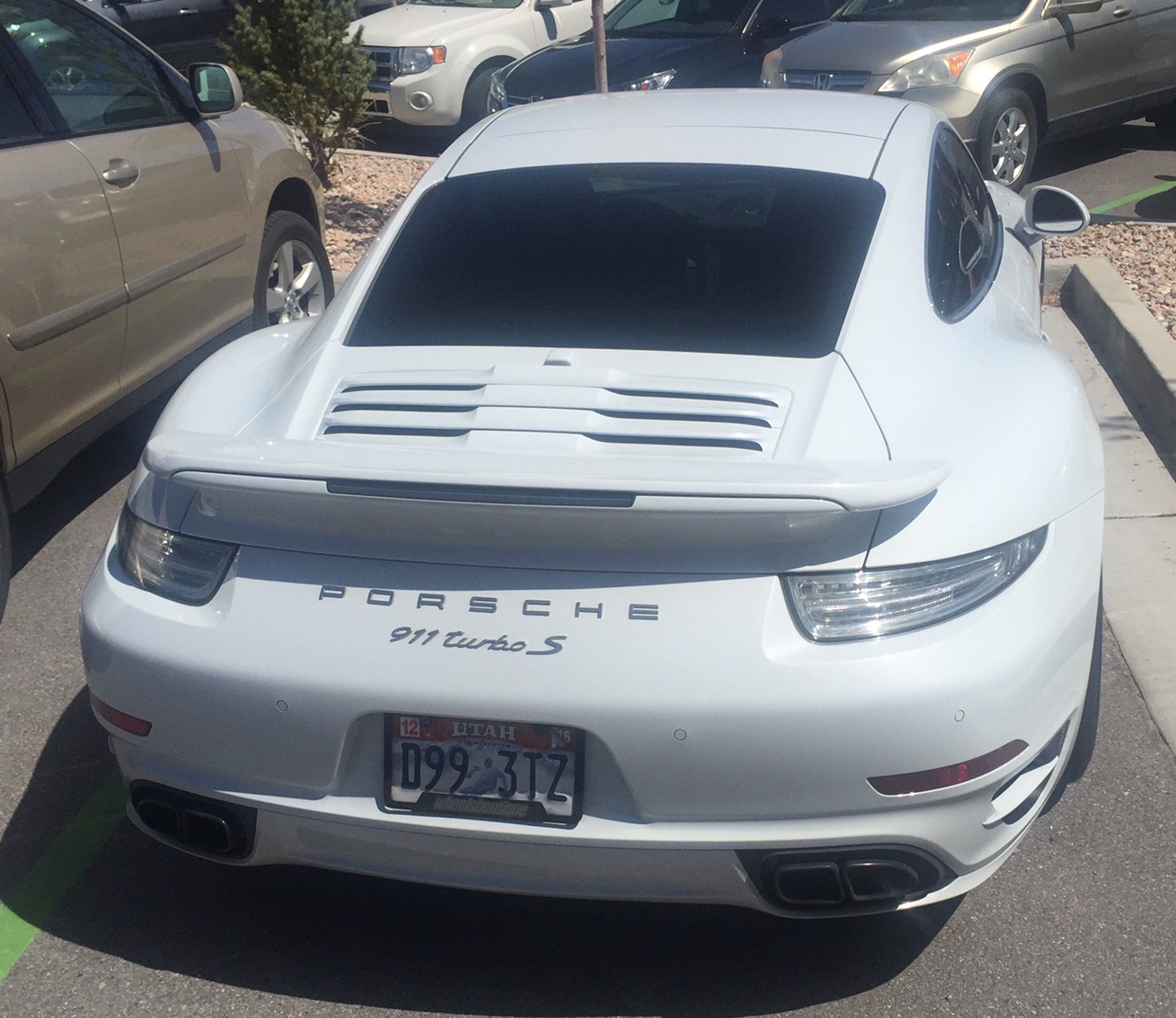 I keep wondering if I’ve gone too far. This is another Turbo S that I came across here in Lehi. To me it feels too plain. Not a big fan of the clear tail lights and the solid white (painted exhaust valance and non-glass sun roof).  When I compare this to mine I really like my contrast and even the busy-ness (however, I realize a lot of other people feel exactly the opposite).