I noticed Suncoast had a gorgeous white Porsche pen but it was the “short version.” Thinking quickly, as I always do (cough), I searched the web for the long version… And what luck! There is was in all of it’s extra-length glory on eBay (I have really wanted a nice pen to keep in my car). 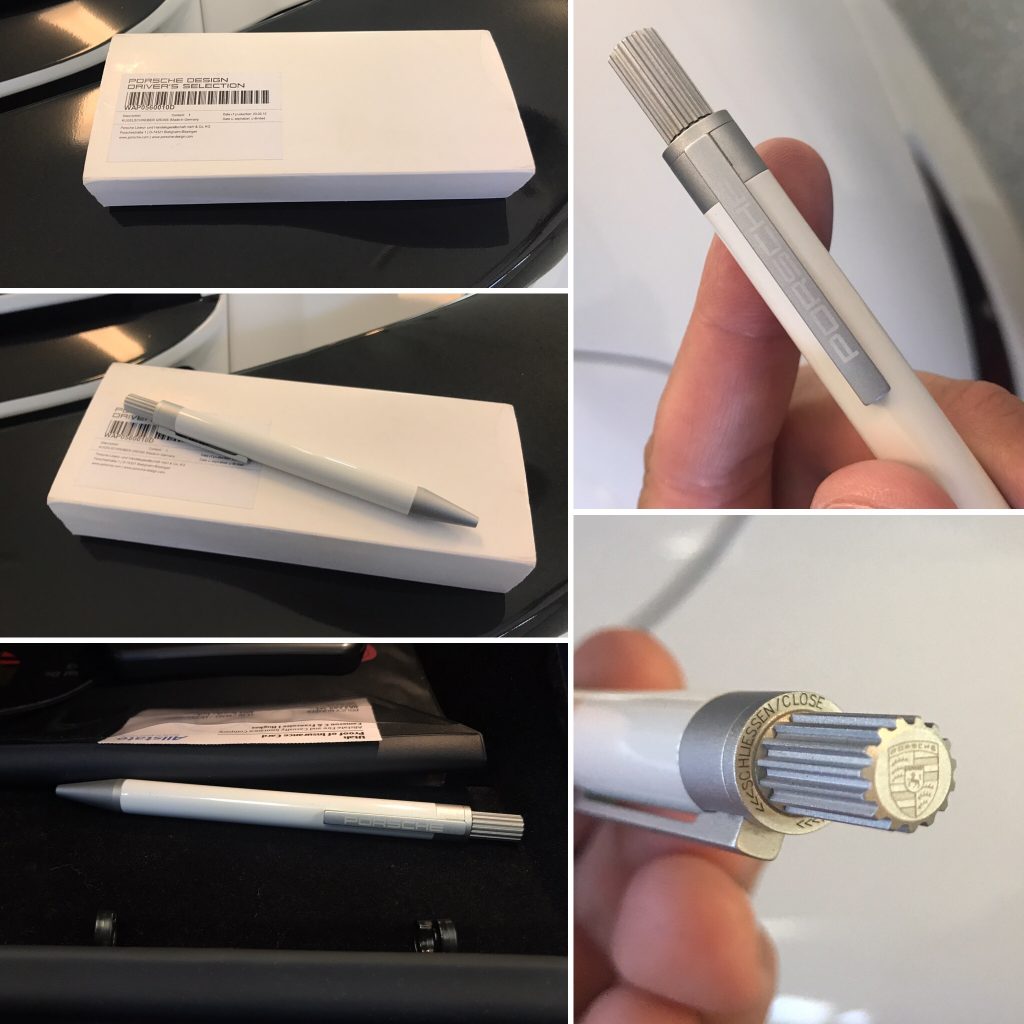 The pen comes in a nice nondescript box. The barrel of the pen is cararra white while the top and bottom are a brushed aluminum. The top of the cap is meat to pay tribute to the center lock wheels gracing the Turbo S models. Over all styling and the pen’s action are both exceptional.

The only draw back to this pen is that it actually doesn’t fit in the 991’s pen holder (located inside the glove box). That’s a head scratcher to me; why would you make a brand specific pen that doesn’t fit the corresponding car’s pen holder. So into the center console goes until I can figure out something better (and just so we’re all clear… I won’t figure out anything better). Anyone want a pen?