I saw this mod mentioned on CorvetteForum.com and it looked like a fun project. I actually had no idea there was an accent LED!  The light is located on the clip that holds in the passenger sun visor (it’s a super dim orange bulb). Taking off the visor clip is cake. Just use a Torx 15 on the screw and carefully pull out the harness.

Now the fun part: Pick out your new accent LED. You’ll need a 5mm sized LED. You can find these at Radio Shack or online from websites like SuperBrightLEDs.com. LED color choices are plentiful and the accent light can be as dim or as bright a you want. Light output is measured in mcd’s (millacandelas). The more mcd’s your LED has the brighter it will be. For reference I used a red 3000mcd LED from Radio Shack. The bulb simply pops right of the plastic harness. Just cut the contacts on your new LED and pop it right in.

The voltage going into the accent LED (from the car) is about 7.6 volts. Depending on what LED you pick you may need to replace the resistor. You can find online calculators (such as www.led.linear1.org/1led.wiz) to help you figure out which resistor to buy. If you decide to use a new resistor simply snip out the old one and solder the new one in its place. I used a 220 Ohm resistor with my LED. One you make the mods just put your LED harness back in and try it out. If it’s too dim or too bright you can try different bulbs until you find just what you’re looking for.

And here is the finished result. My goal was to produce a good amount of red light to illuminate my center console. Overall I’m really pleased. I just put in some Autometer ES series gauges and this is a great way to balance the the red interior lightning. Even though the light is fairly bright it’s not distracting at all. Other people have done blue but I haven’t seen any other pics of red yet. This is the cheapest ($3), fastest (10 min) and proportionally satisfying (9/10) mod yet! 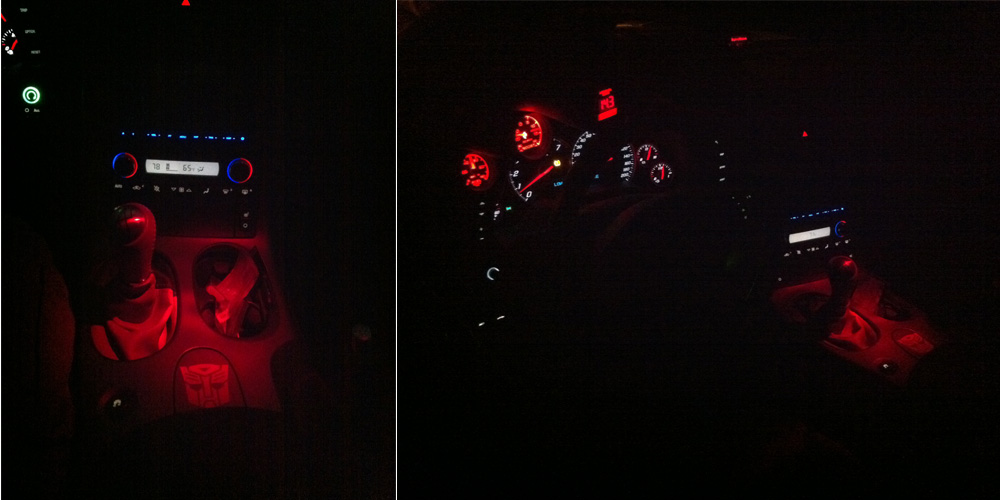 This might be my last post for a bit- we just had a beautiful baby girl and the holidays are coming (I’m in retail and this means way more work). Time will probably be in short supply for the next few months.

This project was originally suggested by DSteck over at CorvetteForums.com. He posted a great tutorial about how to swap your C6 Corvette accent LED. I used a couple of his pictures here in my blog post (with his permission). The source post has some interesting info that’s not included here so it’s worth a look. 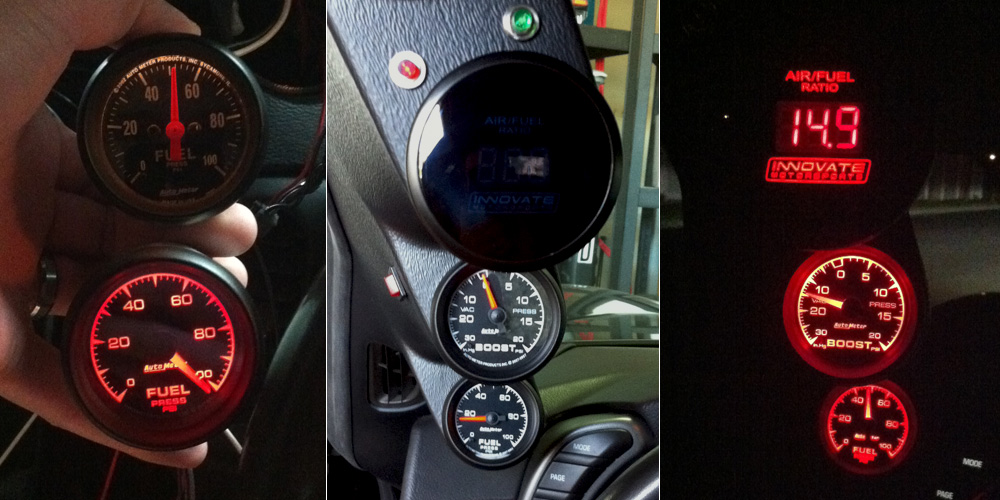 I’m sad to report that the stars did not align. My car was ready, but I wasn’t. As I envisioned my quarter mile time I forgot one critical element: I don’t know how to drive. The realization hurts the ego a bit, but this epiphany is a critical first step toward achieving my goal. I was able to do three runs (I’m car 117):

Anyone who bothers to look at these slips will find a common theme. My 60′ time is pretty bad. Poor launching technique resulted in loss of traction and bogging. I really should have practiced more but I was under the mistaken impression my tires would stick to the track like glue no matter how badly I launched. Operating under this false notion caused severe wheel spin anywhere north of 3000 RPMs. Overcompensation resulted in the car bogging as the RPMs dropped too low. Any 60′ time of 2.00 or less would have landed me in the 11’s.

I was a little surprised to discover that my trap speed was consistently around 121 mph, compared to 131 mph two years ago. Of course two years ago one of my boost reference hoses had fallen off and the car was boosting to 11 pounds in 2nd and 13 pounds in 3rd gear (making it wickedly fast). I still think the car could dip into the 10’s with the current tune though (but not with me driving it).  Next year I’ll hit a few of the test and tunes and try and refine my launch.

Three kids didn’t feel quite right. We were pretty sure there was a fourth one just hanging out in heaven, waiting for us to decide we were ready. But three was already a handful and I confess we spent awhile on the fence while deciding what to do.  In the end there was only one real choice…

Yesterday (October 6th) at 7:31pm we welcomed little Chloe into the world. From the first moment we met it was obvious that she was always meant to be part of our family. I heard someone say once that you can’t really love a baby- you don’t know them, they don’t know you, you can’t have a relationship with them. That’s wrong. I am her father and she is my child. It has always been love at first sight for all of my children. I am ecstatic that my family is finally complete. 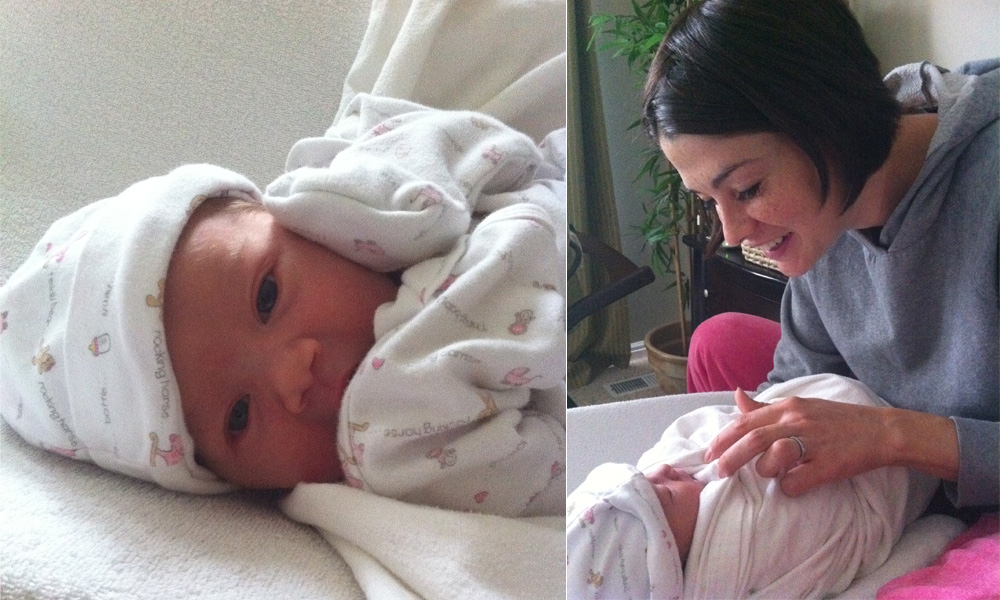 Baby and mom are both doing great! Chole was a little different from Fran’s other pregnancies in that she was about a seven days overdue (although once she was born it was clear that developmentally speaking she was right on time). Chloe also decided to come out face up (posterior position) which makes delivery a bit more complicated. But Fran came through unscathed. We have had our last three kids at home, which – for us-  has made the birthing process more relaxing and less stressful.

For me a new  life is inspiring.  I don’t understand how anyone who sees a birth have any doubt that the process of life is underscored by intelligent design.  And I can’t fathom how anyone could ever think it’s okay to extinguish these tiny lives or harm these innocent children in any way.  Children are precious gifts and they are to be loved, adored and protected. My family is the single most important thing to me. Marrying my wife,  helping to create my children and providing for my family will always be my greatest accomplishments.