Back in January 2015 I opened my MIB Powerbook 540C. Opening a 20+ year old “toy” is exciting. But you know what’s even more exciting? Turning it on for the first time:

If you don’t want to watch the video I’ll save you a bit of time. First we actually pull off the shrink wrap from the manuals. We plug everything in and press the power button. The familiar Mac startup noise lets us know that we have lift-off. Everything seems to work great (although there is a line running through part of the screen). It’s easy to forget how loud hard drives used to be!

So what’s next for the 540c? Admittedly it’s pretty hard to use two-plus decade old technology for anything more than a nostalgia-high. The whole 500-series experience is pretty substandard by modern day benchmarks. Any applications or games can be easily emulated on current computers (one of the big reasons I haven’t been able to bring myself to purchase an NES Classic). So, to answer the question… I guess it goes back into storage for another twenty years.

I finally dug out the aluminum pedals that came with my car last year. I looked them over thinking, perhaps, that I would list them on eBay for a few bucks. But then the urge began to build. Slowly at first… then then it snowballed. Why would I sell my pedals when, instead, I could spend hours cursing and ripping out my hair while I installed them? The siren song was too much for me… it was time to mod.

The Pedal install was fairly easy. I broke a few clips here and there but it was par for the course. The new aluminum pedals have a good solid feel and as much grip as the original rubber versions. I think they look great:

Almost immediately after finishing I was overpowered by the urge to mod again. This time I installed an upgraded center console lid. Compared to the original it’s taller / thicker, features an embossed Porsche crest and has decorative stitching. I think the new console compliments my interior better given that my car has the extended leather interior package (which is comprised of leather trim and stitching around stuff that no normal person would care about like vents, fuse boxes and hinges). The new lid is actually a great reason not to have deviated stitching (which I still think about longingly sometimes…); The new lid simply wouldn’t have matched. The installation was fairly involved, although mostly straightforward:

These are sort of down and dirty videos- I really rushed through the editing (I’m getting faster). I shot most of them on my iPhone (a mistake in retrospect- it is horrible for low light filming situations). Mike held the camera for me (his first time filming anything with me) which was mostly helpful. In case anyone is curious: I do these videos for three reasons: 1) It helps me remember what I did to my car & how I did it, in case I need to remove a mod down the line. 2) It might help someone else with a similar project. 3) I like filming and editing stuff and certainly need the practice. You have to justify hobbies- I’m pretty sure it’s a rule.

Inspired by my two previous projects, I unbagged a set of floormats that had come with my car (again, from over a year ago). They are a little fancier than my current mats.
“Hey, are these new mats? Whoa! Is that double stitching on those real leather edges?”
“Oh yeah.”
“Wow, you have really taken this car to the next level.”
I’m sure I’ll be hearing that all the time (not). In addition to the leather piping and stitching the new mats have a thicker carpet texture. A step up in the looks department for sure (center pic is a comparison old vs new).

Thus ends another mundane round of cosmetic tweaks. If you haven’t gotten your fill yet, don’t worry! I have some big plans for later this month. If anyone needs a set of OEM 991 floormats let me know- free, but you pay shipping.

BONUS: I picked up a cargo rug for the little shelf under the rear window. The area always seemed a bit unfinished with the stock carpet and baby seat locks. It’s a plush mat from Lloyd’s featuring blue “PORSCHE” stitching. I can’t see it when I’m driving. I also can’t see if from outside the car either (look close- you can barely make it out). That’s the kind of weird crap I love to buy. The stuff that only makes any difference in your mind. 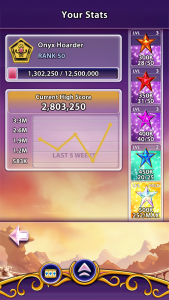 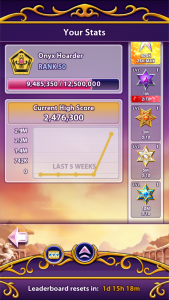 I don’t feel comfortable “reviewing” this camera yet. I’m still in the early stages of messing around with various settings and getting a good idea of the camera’s capabilities (and limitations). That being said, here’s a quick unboxing & slow motion demo of the Sony RX100 V:

From my limited time using the camera I feel like it’s fantastic! The pictures it takes are phenomenal and nearly on par with my Canon 80D. The RX100 V can also shoot 4K video (about five minute clips at a time) as well as record a few seconds at 960 FPS (allthough the resolution drops to 1244 x 420). If you’re in the market for a compact do-it-all camera this might be worth a closer look.

Hopefully I’ll have time to follow up once I’ve got my see legs (pun level: epic).