It’s been awhile since I made this adjustment, but I wanted to a second and memorialize just what I’d done. It’s probably been a year since I first noticed the bumping noise coming from behind me. It was a rapid and systematically occurring thumping sound aggravated by uneven roads. I accused the seats, seatbelts, various tools stored in the back of the car and even my imagination before I finally found the real culprit. I wedged myself into the back seat and tapped on everything until I finally discovered a piece of interior trim knocking against the car’s frame. 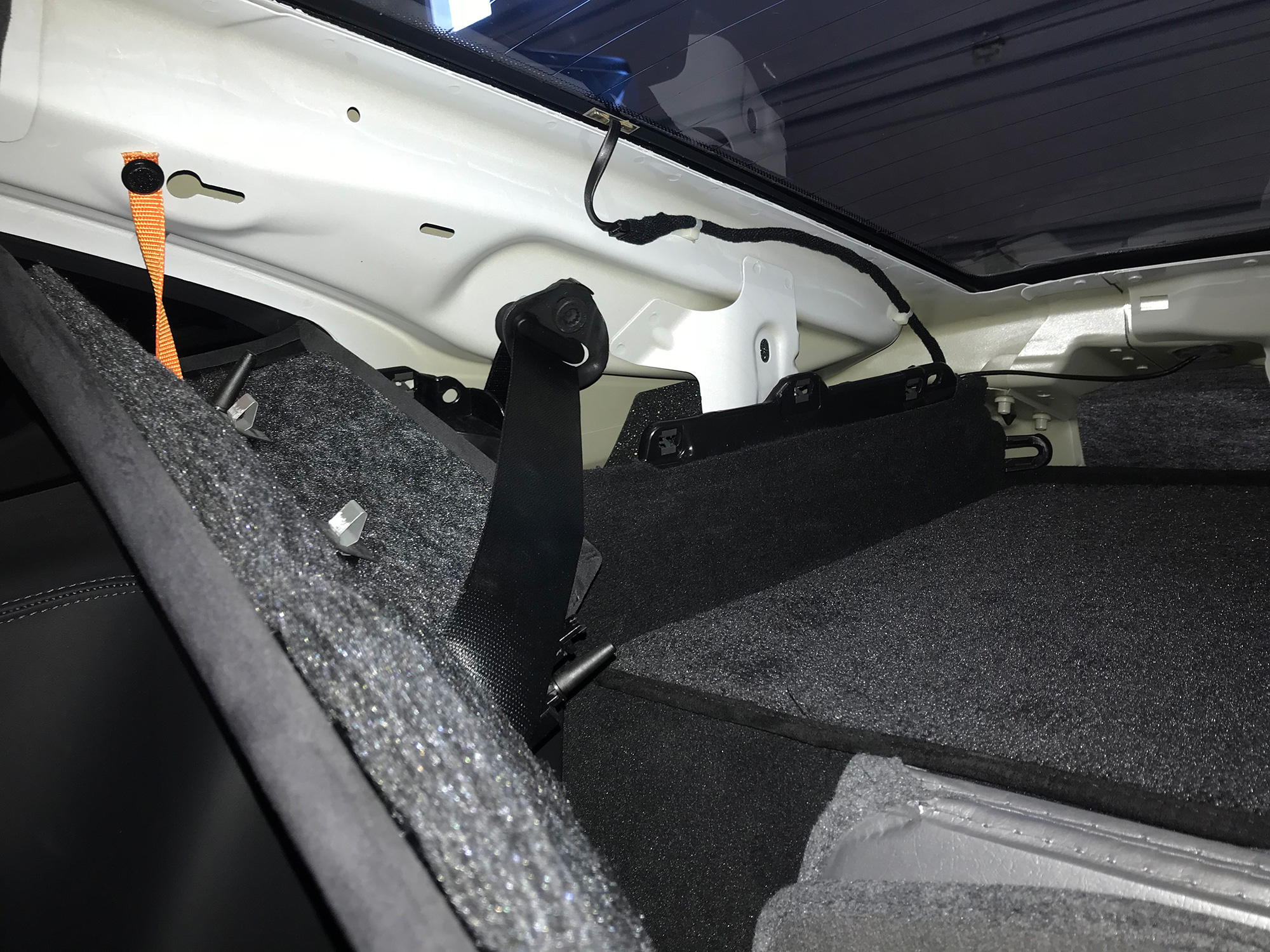 For context: You’re looking at the A-pillar that holds the rear right seat belt (the belt is still attached to the frame). The back window of the car is visible in the top-right.

Removing the interior trim along the right A-pillar was unpleasant. Even after I found the parts that were hitting each other I wasn’t able to determine what parts of the parts were making contact. I tried various sound deadening fixes like felt, molding tape and strong language. Eventually I hit the sweet spot and the noise was radically reduced. Zipping things back up was even more work than taking them apart but I got it done (and it was done right). One less noise in the cabin – easily the largest offender – has been eradicated! This makes me want to revisit my efforts to cap off the engine noise being pumped into the car. One day.